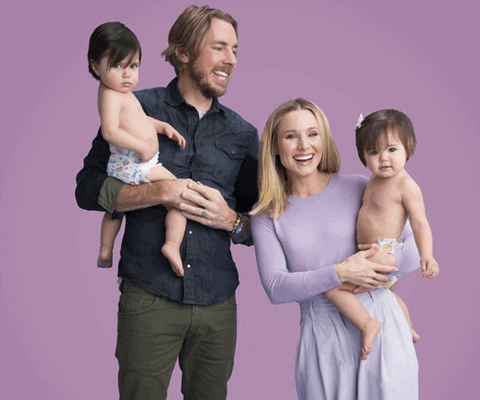 The couple has two daughters, Delta, 7, and Lincoln, 8, together and their family life never has a dull moment. The Veronica Mars star shared a very odd story about her family while on Dax Shepard’s podcast, “Armchair Expert,” last week.

Bell explained that they allow their two daughters to sleep in their bedroom every night on the floor as she and Shepard sleep on a Ooler mattress pad, which is different than other mattress pads because Ooler’s use a water-based system for heating and cooling.

One night, Bell said that she noticed “a really raunchy” smell, “And I’m like, ‘Who’s farting?’ All three of them are like, ‘It’s me. So, my whole family has gas, big [deal].”

However, the next morning, the odor persisted. “I wake up in the morning and I go, ‘Wow, nobody’s gas has dissipated, but it also smells like it’s burning,’” she explained on the podcast.

Bell ended up opening the windows to try and air out the room, but the smell continued — again, into the next morning.

The couple decided to search the room to see if there was any other reason to this horrible smell, and even had their daughters help them search the room for dog poop or rotting food, but they couldn’t find anything.

However, Bell decided to check the bottom corner of the mattress where Shepard sleeps and that’s when she realized what the root of the problem was.

Their Ooler pad needs to be filled with water on occasion so it can cool or warm the bed. Well, when Shepard last filled the bed — he filled it with a protein shake instead of water. Bell said she “almost passed out” from the odor that was coming from their mattress pad.

It’s safe to say the couple probably needs to invest in a new mattress pad.

Bell is currently starring in The Woman in the House Across the Street from the Girl in the Window, which is streaming now on Netflix.

Are you a fan of Kristen Bell? Let us know in the comments below.