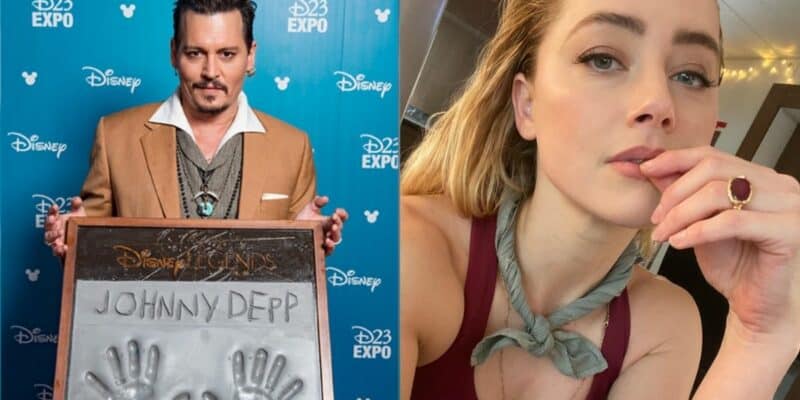 In two months’ time, actor Johnny Depp and his ex-wife, Hollywood actress, Amber Heard will go before Judge Penney Azcarate to contest the multi-million dollar lawsuit instigated by Depp over Heard’s 2018 OpEd in The Washington Post.

In a recent speech in Serbia, the Pirates of the Caribbean star made bold statements regarding his future, hoping to start his “re-beginning”.

After gaining worldwide recognition in the Walt Disney Company’s Pirates of the Caribbean: The Curse of the Black Pearl (2003) as Captain Jack Sparrow, Johnny Depp became one of the entertainment’s most profitable stars.

Now, the actor’s position in the industry is a far cry from his jaunty days as Sparrow. After a slew of allegations of domestic violence and abuse in his relationship with Amber Heard, whom he first met on the set of The Rum Diary (2011), Depp has been ousted from his blockbuster franchises. The Kentucky-born actor will no longer appear as Jack Sparrow in Disney’s Pirates of the Caribbean series; he has been replaced with Academy Award-nominee, Margot Robbie (The Suicide Squad) for the upcoming sixth installment in the swash-buckling franchise.

Likewise, following his loss of the libel trial at the London court, Warner Bros. asked Depp to resign from his role as Gellert Grindelwald in JK Rowling’s Harry Potter spinoff movies, the Fantastic Beasts franchise. He was slated to appear in this year’s Fantastic Beasts: The Secrets of Dumbledore (2022), but Mads Mikkelsen (Hannibal) will take over playing the dark wizard.

Justice Andrew Nicol chose to rule in favor of British tabloid, The Sun, Dan Wootton, and The Sun‘s parent company, News Group Newspapers for the libel case (The Sun published that Depp was a “wife-beater”), despite support from Depp’s ex-partners Vanessa Paradis and Winona Ryder. However, in contrast, Judge Penney Azcarate has repeatedly warded off Heard’s attempts to have the defamation suit thrown out of court.

One of Heard’s claims relied on the ruling at the London courts — which found many of the domestic abuse allegations “substantially true”–, and her ex-husband’s appeal failure, but Azcarate reminded the Aquaman (2018) star’s team that, in this case, territories matter and the London court was for an entirely different part of the ex-couples multitude of litigation.

Ahead of the court case, Depp has slowly been inching his way back in terms of his career. Minamata (2020), where Depp plays photographer W. Eugene Smith, finally saw its domestic release in the United States following a callout that film studios were trying to “bury” Depp’s movie based on his current controversies.

Then came the announcement that the Edward Scissorhands (1990) star would portray the embattled King Louis XV of France in Maiwenn’s upcoming film.

Related: Johnny Depp Pleads Innocence: “No One Is Safe” From “Polluted Cancel Culture”

Now, Depp is seemingly leaning into these career wins and was seen speaking in Serbia recently following a medal ceremony with Serbian President, Aleksandar Vucic — someone who themselves are not without controversy.

Depp was awarded the Gold Medal of Merit during Serbian Statehood Day and during his acceptance speech made bold statements regarding his future. He said:

“I truly, sincerely thank you, President Vucic,” Depp said (via local news outlet Balkan Insight). “This medal of merit, if I am given the honour to walk away with this, I thank you for being kind enough to bestow it upon me.”

Another report went on to add that Depp said he was:

“…right now on the verge of a new life”, adding: “I like a re-beginning, and I would love for that beginning to start here.”

The Pirates star, who has worked in Serbia for both Minamata and the animated series, Puffins, was awarded the medal for “outstanding merits in public and cultural activities, especially in the field of film art and the promotion of the Republic of Serbia in the world”.

The actor’s comments are likely referencing, what could be, the end of many tenuous months locked in legality with Heard. In fact, Azcarate recently ruled in favor of Depp and ordered Heard to reveal her phone records as well as her alleged divorce settlement donations to the American Civil Liberties Union (ACLU).

Actor James Franco and businessman Elon Musk will be deposed in the defamation trial. These won’t be the first celebrities involved in the former couple’s lawsuits; during the London libel suit, Marvel star Paul Bettany’s message exchange with Depp was shared with the courtroom with the texts including graphic language relating to Heard.

The DC star will next appear as Mera with Jason Momoa (Aquaman) in James Wan’s Aquaman and the Lost Kingdom (2022) despite #FireAmberHeard often trending online. On the other hand, even though Depp has many fervent supporters and #JusticeForJohnnyDepp frequently igniting on social media, the actor currently has no blockbuster franchises lined up. That being said, the result of the forthcoming defamation case may produce different results for Depp’s career.

What do you think of Johnny Depp’s statement? Let us know in the comments down below!