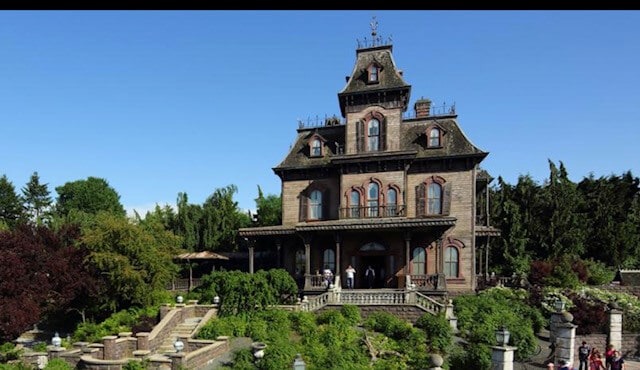 The 30th anniversary of Disneyland Paris is nearly here, and Disney fans are freaking out. Although Walt Disney World Resort is currently celebrating its 50th anniversary, Disneyland Paris is adding in a few special extras to their entertainment lineup that are specifically for the 30th, including a stunning addition to their nighttime show that will blow the minds of Guests.

When Disneyland Resort in Anaheim, California had celebrated 60 years of magic, they updated a ton of their attractions to have new special effects which below Guests away. Personally, I think that the Big Thunder Mountain explosion effect is truly unmatched, and gives Disneyland’s version of the attraction the biggest edge over any other Park. These small enhancements made Disney’s oldest Park feel brand-new once again, plus it helps keep Guests feeling highly immersed in their surroundings and the story that Disney has set.

There have been so many ongoing refurbishments at Disneyland Paris, which means that Guests are going to have so much to see and do just from offerings alone, and then will be able to dive into the details that have been added, from the new castle to the new flooring in Fantasyland. But, it seems that, like Ariel, fans want more.

Phantom Manor, located in Thunder Mesa of Disneyland Park in Paris is the French version of The Haunted Mansion. Placed in the wild west, we follow the story of a heartbroken bride and her evil father, who just seemed to never be able to let go. Unlike Disney World or Disneyland’s version, Phantom Manor looks a lot more abandoned and broken, giving it an eerie feeling.

ED92 (@ED92magic) recently took to Twitter to share that the smoke effect on the top chimney of the attraction was working, and asked what else would Guests like to see fixed at Disneyland Paris before March 6, the 30th anniversary.

Which effect would you like @DisneylandParis to fix for the 30th anniversary?

Which effect would you like @DisneylandParis to fix for the 30th anniversary? pic.twitter.com/Gk2s6IaPJk

Interestingly enough, the post received a few responses, which varied in answers. One of the most common things that Guests seem to want to be changed is the mask mandate that is currently in place. Although it is not an attraction effect, it seems that it does affect the Guest’s visit while at the Parks.

As noted by Disneyland Paris, “Guests will be required to wear a face-covering at all times of the day in all areas of the resort (Disney Parks, Disney Hotels, Disney Village and Golf Disneyland). They will be able to temporarily remove their face coverings during meals and to take a picture, at the outdoor Selfie with our characters.” Considering how the French government has been handling the pandemic in France, however, it does seem highly unlikely that Disney will be allowed to lift any mask mandate in the near future.

In their version of Tomorrowland (Discoveryland), Star Wars Hyperspace Mountain has a massive cannon effect on the exterior facade of the attraction which has not been working for quite some time, and Guests would love to see it revived. Recently, Disneyland Paris has updated Orbitron, a nearby attraction. Plus, it seems that more smoke effects are being missed, including the smoke effect on the Discoveryland fountain. Big Thunder Mountain also has a ton of effects here as well, however, they tend to break down often. Even though the ride was recently refurbished, Guests are continuing to share concerns about the ride, wanting to see if fully functioning.

Of course, there is always something to fix at any Disney Park you visit, and luckily these fixes noted by Guests, outside of the mask mandate, seem to be smaller details that Disney can fix with time.

Guests looking to skip the line can also purchase Premier Access, which is a pay-per-ride system that allows Guests to skip the standby line. Disney Illuminations has finally returned to Disneyland Paris, and soon we will see Sleeping Beauty Castle twinkle in the night sky with the new LED lighting package. Plus, the popular Eurostar train service direct from London to the Disney Parks in France will return next month! Guests can also check out reservations at the Parks’ hotels like Disney’s Hotel Cheyenne, Disney’s Sequoia Lodge, Disney’s Newport Bay Club, or the most recent addition Disney’s Hotel New York — The Art of Marvel.

What do you think needs fixing at Disneyland Paris? Let us know in the comments below.