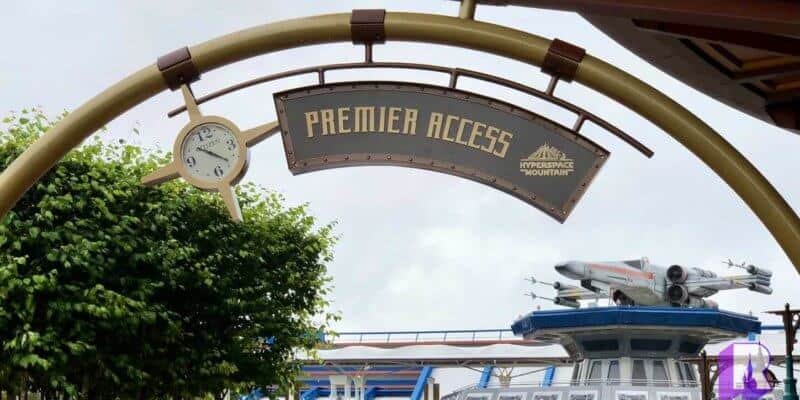 When Guests visit Disneyland Paris, they are starting to see a lot of new things arise. Because of the upcoming 30th anniversary celebrations which will begin March 6, there have been a ton of refurbishments and new elements added to the Park. Disney is planning to implement a drone shot to light up the night sky, and with the return of Disney Illuminations and a newly refurbished castle, there are so many reasons to visit.

Most recently, Disneyland Paris implemented a new “FastPass” system called Premier Access. This system can be purchases on the Disneyland app, and allows Guests to skip to the front of the line for certain attractions. The catch here, however, is that Guests must pay to do so, and each ride has its own price, per person. This means that skipping the line on multiple attractions could end up being very costly.

Although many have started to learn about Premier Access, others may not know about it if they are not up to date with Disney news. To combat this, Disney has placed signage around the Park to encourage Guests to spend the money on Premier Access. CafeFantasia (@CafeFantasia) took to Twitter to post a photo of the sign, but also seemed unimpressed with the cost being asked of Guests, ontop of the high ticket prices.

Although Disneyland Paris has not been super busy as of late, and the desire for Premier Access has not been as high, it surely will return as peak season quickly approaches for the theme park. Having these signs around will likely tempt many Guests to spend the money to avoid wasting time in line on a busy day. Interestingly enough, at Disney World and Disneyland, we do not see the same advertisement around the Parks, however, both the Disneyland App and My Disney Experience advertise it heavily.

Prices for Premier Access have continuously been in flux, depending on the time of year and date that you are visiting. When the Park is slower, Premier Access costs less, and when it is busy, the cost goes up. This goes for both Disneyland Park and Walt Disney Studios Park. The only other Disney Park that offers a Premier Access system is Shanghai Disney.

At Disney World and Disneyland, Guests can use Disney Genie+. Disney Genie+ is a paid system that will charge Disney World Guests $15.00 per person per day and $20.00 per person per day at Disneyland to utilize the Lighting Lane queue, which will be the old FastPass+ queue. Guests will be able to pick one return time at a time for select attractions and skip the lines when their turn arrives.

There is also another option within the Disney Genie platform, allowing Guests to purchase a la carte single experience passes for more coveted attractions such as Star Wars: Rise of the Resistance or Seven Dwarfs Mine Train at an added cost. These rides have their own added cost, which differ depending on the date and attraction, and are not included in your Disney Genie+ purchase if you decide to purchase that offering as well.

What do you think of Premier Access? Let us know in the comments below.