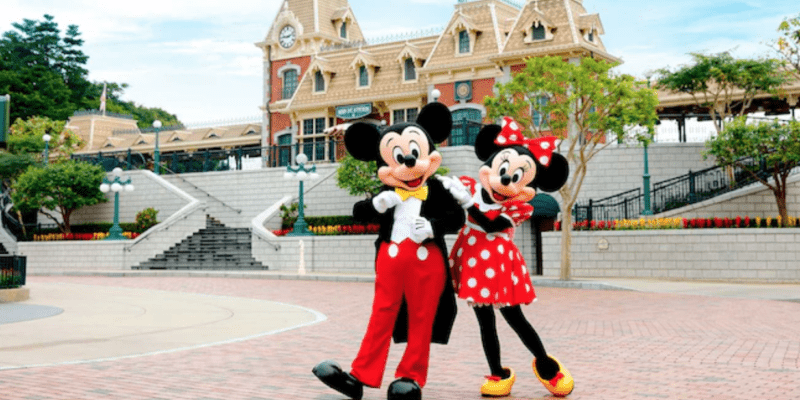 When visiting Disneyland, you picture the perfect vacation filled with magical memories that will last a lifetime. From fun and exciting rides to exclusive merchandise, everything about a Disney trip can become a lifetime memory.

In that same way, a negative experience can also become a life-long memory and possibly taint the reputation of the Disney Parks when it comes to the Guest experience.

In the past few years, the word “inclusivity” has become a major talking point and goal of the Disney Parks. Just recently, Disney removed an iconic scene from Pirates of the Caribbean which originally allowed women to be seen as a commodity. As well, multiple scenes from the opening-day Disneyland attraction, The Jungle Cruise have been changed to create a culturally appropriate storyline. Tom Sawyer’s Island was also changed to be less culturally insensitive with signage replacement. Perhaps the most controversial example of change due to inclusivity comes with the complete retheming of Splash Mountain being announced a few years back. Princess and the Frog will one day replace the Song of the South theme, removing the racially-charged IP from Disney World and Disneyland.

In short, the Disney Parks have made it their mission to make sure everyone feels included and represented, both while working there and while visiting. Unfortunately, sometimes Guests may have a negative experience that could taint this mission.

Recently, one Guest shared a similar situation to social media, explaining their disappointing interaction with one of the shops at Disneyland. User u/Alyssa_thebunny posted the situation to Reddit, see the full post below:

I went to Disneyland yesterday and had a terribly disappointing experience. I felt so upset and angry that they responded that way to me. Very wrong discrimination, with a very poor excuse.

I went to Disneyland yesterday and had a terribly disappointing experience. I felt so upset and angry that they responded that way to me. Very wrong discrimination, with a very poor excuse. from autism

Related: Another Change Is Coming to Downtown Disney Amid Overhaul

As you can see, the Guest claims that Disney did not allow the Guest to design Mickey ears with the word “autism” on them, as Disneyland stated that “it would be taken the wrong way”. Unsurprisingly, this was extremely hurtful to the Guest. This post brought up a big discussion about discrimination in the Parks. Many couldn’t believe that Disney was insulting autism should be something to be ashamed of. User u/RoseOfDeathcx said:

Absolutely ridiculous. They are treating Autism as if it is something to be ashamed of or as if “autistic” is a slur.

I was considering going to Disney for a fun family trip, but I think maybe now I’ll save my money and go somewhere more inclusive.

Hmmm… In this situation, I’d make my own one with that statement and wear it there lol

This is not the first time we have covered something like this happening in regards to claims made by Guests of discrimination against autism in the Parks. The now-removed mask mandate (for fully vaccinated Guests) originally caused multiple disputes among autistic guests who were struggling to keep a mask on.

We are not sure which store specifically the Guest went to but The Mad Hatter in Fantasyland offers Guests the option to make custom Mickey ears. More on that below:

Top off a whimsical trip through Fantasyland by taking your pick from all kinds of Disney-themed headwear—from tiaras and princess hennins to Mickey Ears and more. Be sure to put a cap on your purchase by personalizing a hat with your name!

This is a potentially offensive and insensitive situation for the Guest who made the post and all others who may have wanted better representation in the Parks. The Disney Parks and Resorts are a place that welcomes and represents everyone from all walks of life, and it is unfortunate that this upset supposedly happened.

Just recently, Disney has made big strides in making sure Guests feel more included and represented. The Walt Disney Company even invited an autistic teenager to march in one of its Christmas parades, check out the heartwarming story here. Watch the full video below!

Have you ever experienced discrimination at the Disney parks? Let us know in the comments below.