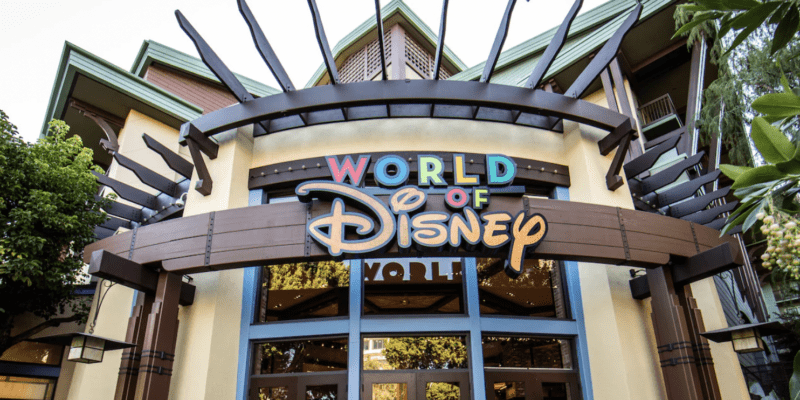 Disneyland Resort’s Downtown Disney District is undergoing a variety of changes, including a complete overhaul of the west side, which previously housed stores like Starbucks and Sugarboo & Co.

Now, there is another notable change coming to the Anaheim, California shopping and dining neighborhood. Guests who wish to shop at the World of Disney store will find that the entrance and exit options have changed starting tomorrow, Wednesday, February 23, 2022.

Beginning on 2/23 Guests will begin to enter WoD through the center doorway and will then be able to exit through to two side doorways by Starbucks or La Brea Bakery.

This new traffic flow pattern for shoppers is something to keep in mind if you plan to visit Disneyland Resort’s Downtown Disney District anytime in the near future. An end date for the World of Disney changes has not been announced and it is unknown if this is a permanent change at this time.

More on World of Disney

The official description of the World of Disney store reads:

Immerse yourself in the biggest selection of Disney wares on the West Coast—including an entire wall devoted to T-shirts. From Disney apparel to plush toys and souvenirs, this bright and expansive superstore has something—make that tons of things—for every Disney fan.
From floor to ceiling, you’ll be surrounded by all things Disney, including Pixar and Star Wars memorabilia! Whether you’re looking for the perfect Mickey Mouse & Friends souvenir, something sparkly for your little princess or a keepsake from the latest film release, you’ll find a truly staggering assortment of popular Disney merchandise:

What do you think about World of Disney changing how Guests enter and exit?