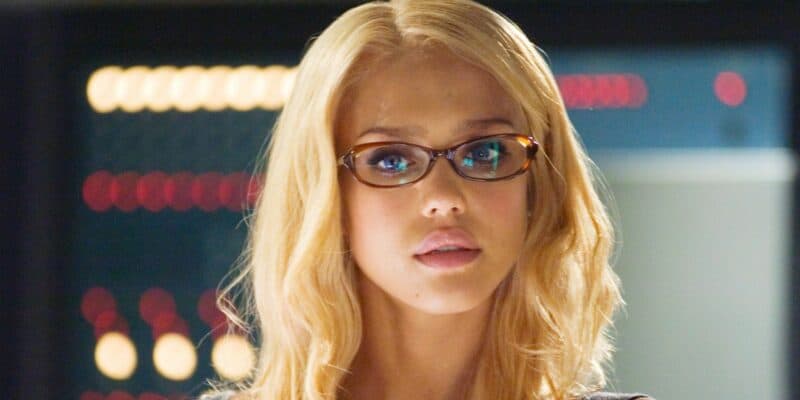 A group of genetically-enhanced children escape from a lab project. Years later we meet Max, one of the escapees who now works for a messenger service in the post-apocalyptic Pacific Northwest.

Now, Ackles has opened up to Michael Rosenbaum about working with the Marvel actress, and it seems things weren’t all sunshine and roses on the Dark Angel set. Ackles, 43, said it was “horrible” working alongise now 40-year-old Alba, noting:

“I was the new kid on the block, and I was picked on by the lead,” the Supernatural star recalled, describing their conflicts as “the worst kind of bickering a brother and sister could do.”

He continued, sharing that the duo eventually came to “respect” one another despite their initial sibling-like arguments:

“It wasn’t that she didn’t like me. She just was like, ‘Oh, here’s the pretty boy that network brought in for some more window dressing because that’s what we all need.’” Though Ackles was initially caught off guard by Alba’s cold shoulder, after he decided to “fight fire with fire” the pair eventually managed to build up a sense of “mutual respect.”

Ackles also said that he and Alba maintain a friendship today, despite their rocky start:

“I love Jess, which I know kind of contradicts what I just said,” he explained, adding that he saw how difficult it was for Alba to star in the high budget series. “She was under an immense amount of pressure on that show.”

Dark Angel is not currently streaming on any platform, but can be purchased on DVD.

More on Jessica Alba and Marvel

At this time, it is unknown if Alba will ever return to The Walt Disney Company fold in Kevin Feige’s Marvel Cinematic Universe. While some “Fox-Verse” Marvel stars, such as Hugh Jackman’s X-Men character, Wolverine/Logan, are rumored to appear in Benedict Cumberbatch’s upcoming Doctor Strange In the Multiverse of Madness on May 6, 2022, there has been no confirmation from the tight-lipped studio.

John Krasinski (The Office, A Quiet Place) has expressed extreme interest in playing Reed Richards/Mr. Fantastic and fans would love to see his real-life wife Emily Blunt (Mary Poppins Returns, Jungle Cruise) as the MCU’s Sue Storm, though the actress has shot down the idea.

More on Fantastic Four: Rise of the Silver Surfer

You can currently stream Fantastic Four: Rise of the Silver Surfer on Disney+. The official description of reads:

Invisible Woman Sue Storm (Jessica Alba) and Mr. Fantastic Dr. Reed Richards (Ioan Gruffudd) are about to be married when the Silver Surfer crashes the wedding and heralds Earth’s destruction. With time running out, the Fantastic Four reluctantly teams up with the nefarious Dr. Doom in an effort to save the planet.

What do you think about Ackles’s comments?