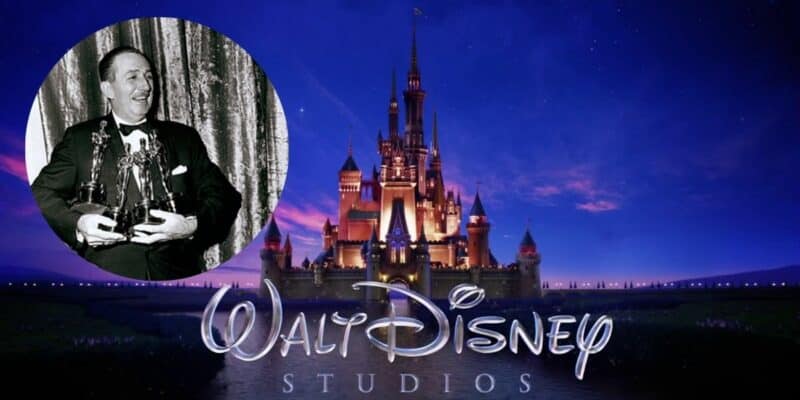 It’s the song everyone is singing.

In the shower, driving to work, with their children – Disney’s Encanto (2021) has gifted audiences with the earworm tune “We Don’t Talk About Bruno”, a song that is soaring up the Billboard and Spotify charts.

It seems the Academy, however, is not talking about Bruno. Shortlists in 10 Oscar categories were announced on December 21, 2021, and many fans are wondering where their favorite song is on the list.

Disney has had its fair share of awards over the years, with Walt Disney himself holding the record for most Academy Awards earned by an individual. The Disney Company founder won 22 Oscars from 59 nominations and was also presented with two Golden Globe Special Achievement Awards and an Emmy Award.

The shortlist for the Best Original Song has been revealed, with all of the song nominees from the Golden Globe Awards and the Critics Choice Awards appearing on the Oscar shortlist. “Dos Oruguitas” from Encanto is Disney’s choice for Best Original Song and has many fans scratching their heads.

Back on November 24, 2021, Walt Disney Animation Studios’ 60th feature film, Encanto was released, with critics and audiences raving about the movie’s celebration of the culture, diversity, music and people of Colombia.

The Disney animation follows the story of Mirabel, a Colombian teenager who is the only member of her family who does not have any magical powers. The film features music by Hamilton creator Lin-Manuel Miranda and the voices of Stephanie Beatriz, John Leguizamo, and Wilmer Valderrama.

The witty earworm “We Don’t Talk About Bruno” has exploded on social media, while the soundtrack itself has skyrocketed from number 110 to number 7 in its fifth week on the Billboard 200 albums chart. The song about Bruno, credited to Carolina Gaitan, Mauro Castillo, Adassa, Rhenzy Feliz, Diane Guerrero, Stephanie Beatriz, and the Encanto Cast, is the top new entry on the Billboard Hot 100 at number 50.

Many fans of the enchanting movie are questioning why the catchy standout song from Encanto is not featured as Disney’s Best Original Song Oscar submission. Though the tune is connecting with audiences worldwide, submissions for the Oscars, of course, were required before the movie was released, before Disney knew what impact each song would have on audiences.

The Spanish-language acoustic ballad is on the shortlist of 15 contenders for the Oscar for Best Original Song, which was chosen by members of the Academy of Motion Picture Arts & Sciences from a longer list of 84 eligible songs. Those same music branch members will vote again to drop the list to five nominees, to be announced on February 8. The winner will be revealed on March 27, 2022, at the 94th annual Academy Awards.

So why didn’t Disney pick “We Don’t Talk About Bruno” as its choice for Best Original Song? We know we’d love to see the energetic song performed at the ceremony live, but it all comes down to a game of risk.

Disney, or any filmmaker for that matter, can submit up to five songs from one movie to the Academy. This route, however, is risky, as it may split the votes and leave the studio with no nominations at all. As Billboard notes:

According to an Academy spokesperson, only two movies – Cinderella (2021) and Don’t Look Up (2021) – entered more than one song into the category for Best Original Song. For each of these movies, two songs were submitted, one of which advanced to the 15 song shortlist.

Back at the 2017 Oscars, La La Land (2016) was the last movie to have more than one Best Original Song nomination, winning for “City of Stars” and also being nominated for “Audition (The Fools Who Dream)”. In 2009, Disney’s own Randy Newman earned two nominations for “Almost There” and “Down in New Orleans” for The Princess and the Frog (2009).

Lin-Manuel Miranda only needs an Oscar win to complete the famous “EGOT” status. He has won two Emmys, three Tonys, and three Grammys for his work on In the Heights, the Disney+ showing of Hamilton, and “How Far I’ll Go” from Moana (2016), which was nominated for an Oscar also but lost to the La La Land‘s “City of Stars.”

“Dos Oruguitas,” performed on the soundtrack by Sebastián Yatra, was Miranda‘s first song written entirely in Spanish, with the title meaning “Two Caterpillars.”

Here’s a complete list of the 15 shortlisted songs for Best Original Song at the Academy Awards this year:

“Be Alive” by Beyoncé Knowles-Carter and Dixson for King Richard (2021)(Warner Bros.)

Which song do you think should win the Best Original Song Academy Award? Let us know in the comments.