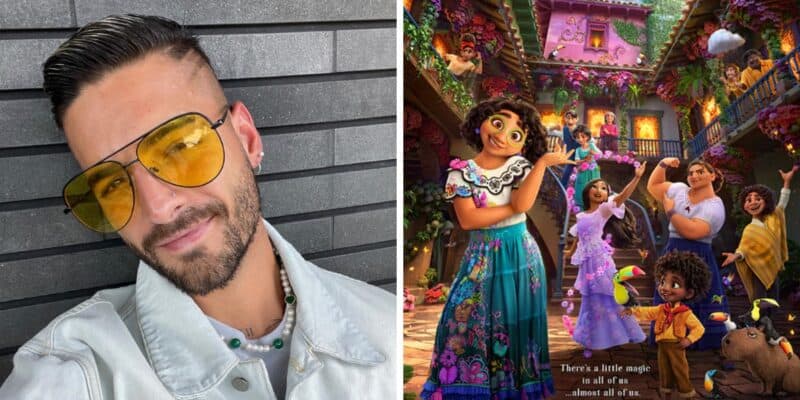 On November 24, Disney will introduce fans to the Madrigals — a family where everyone is blessed with a different magical ability, well everyone except Mirabel. Encanto will follow Mirabel as she tries to navigate the world and save Encanto without having magic like the rest of her family. The film will feature music by Hamilton creator Lin Manuel Miranda and the voices of Stephanie Beatriz, John Leguizamo, and Wilmer Valderrama.

Today, another superstar announced that they were also going to be a part of the already incredible Encanto cast. Colombian singer/songwriter Maluma and Disney shared on social media that he would be voicing the character Mariano — the town heartthrob who is wooing Mirabel’s sister, Isabela.

“I’m proud to be part of this beautiful story!” @maluma joins the cast of Disney’s #Encanto as Mariano, the town heartthrob! See it in theaters this Thanksgiving!

“I’m proud to be part of this beautiful story!” @maluma joins the cast of Disney’s #Encanto as Mariano, the town heartthrob! See it in theaters this Thanksgiving! pic.twitter.com/RA65TP0f7y

Encanto will take place in the mountains of Colombia, so adding such a huge Colombian name to the roster is a big boost for the film. Maluma has been recording songs since he was 16 and had his massive breakthrough album Pretty Boy, Dirty Boy in 2015, when he was only 21. He has had a number of hit songs and has collaborated in the past with superstars Shakira and Madonna.

Here is more information on the brand-new film by Disney:

Encanto will receive an exclusive theatrical release, but will only stay on the big screen for 30 days. Disney has not said when the film will be released on Disney+ or if it will require Premier Access to watch when it does stream.

Will you be seeing Encanto when it comes to theaters on November 24? Let us know in the comments!

Comments Off on Colombian Superstar Announces Role in ‘Encanto’