Disney Is Bringing 'Encanto' Character to Select Theme Parks! - Inside the Magic 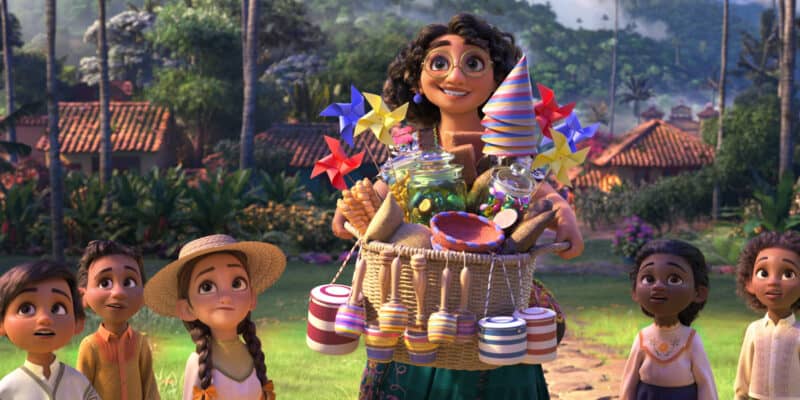 On November 24, 2021, Encanto will have its theatrical premiere. The movie will follow the story of Mirabel, a Colombian teenager who is the only member of her family who does not have any magical powers, which often frustrates her.

Even though the movie does not come out until late November, Disney is already preparing to bring some Encanto characters to life at Disney Parks. According to the official website for Disney Auditions, Disney is currently looking for a young woman to play Mirabel at the Disneyland Resort!

Here is more information on the role, from the Disney Auditions website:

Disney Live Entertainment is excited to be seeking performers for a new Character Look-Alike role, MIRABEL, to be performed at the Disneyland Resort in Anaheim, CA. This role is based on the main character in the upcoming film, Encanto.

MIRABEL: Mirabel (5’2″ to 5’5”) is a Colombian 15-year-old who’s ordinary, optimistic, and struggling to find her place in her family. Her story takes place hidden in the mountains of Colombia in a magical house, in a vibrant town, in a wondrous, charmed place called Encanto.

There are a few requirements that those who would like to audition must fulfill if they want the role. According to Disney:

Audition applications must be submitted before September 12. If you are interested in applying for the role of Mirabel, you can do so by clicking here or visiting the Disney auditions website.

Here is some more information on Encanco, the brand-new film from Walt Disney Animation Studios, coming out just in time as families get together for the Thanksgiving holiday.

Disney has not said when Guests can expect to see Mirabel at Disneyland, or if other characters from the film will make their way to the parks as well. Encanto will premiere in theaters on November 24, 2021.

Are you excited to see Encanto come to the theme parks? Let us know the comments!

Comments Off on Disney Is Bringing ‘Encanto’ Character to Select Theme Parks!