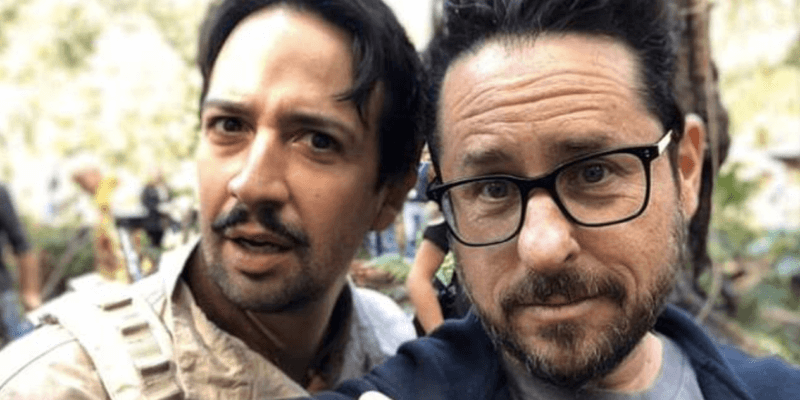 Lin-Manuel Miranda has been building quite The Walt Disney Company resume. From writing music for smash animated hit Moana (2016) to playing Jack in Mary Poppins Returns (2018) to working with Alan Menken on the score for the upcoming live-action The Little Mermaid to writing music for the upcoming Encanto — The Tony Award, Emmy Award, and Grammy Award-winning Hamilton musical creator is well on his way to becoming a Disney Legend.

One thing most Disney fans don’t know about the talented actor/writer/singer/director, though, is that he also composed music for Star Wars! And, no, he isn’t named John Williams.

As it turns out, legendary Star Wars composer Williams — who has been involved with George Lucas’s Star Wars franchise since the original trilogy — wasn’t interested in composing the cantina songs for Star Wars: Episode VII – The Force Awakens (2015), which unexpectedly opened the door for Miranda.

Related: Lin-Manuel Miranda’s Journey With Disney Has Only Begun

In a recent interview with SF Gate about his new movie, In the Heights, Miranda shared details about this little-known piece of Star Wars trivia. Per their article:

In a lucky turn of fate, Abrams happened to be attending a screening of “Hamilton” while “The Force Awakens” was in production. Miranda wasn’t acting that night; he was in the crowd taking notes. During intermission, Miranda approached Abrams to introduce himself. Abrams expressed his appreciation for the “Hamilton” score, and Miranda didn’t hesitate to offer his services.

The song Miranda wrote, called “Jabba Flow,” was written in Huttese, the native tongue of Jabba the Hutt. In English, the lyrics are,  in part, “Whatever it is, I didn’t do it, lover, lover, it wasn’t me.”

Wookieepedia shared the following details about the song:

…he [Miranda] compared the [Huttese] translation to “It Wasn’t Me,” a song by reggae fusion artist Shaggy. From Star Wars Legends material, the lyrics “No bata tu tu, muni, muni” directly translate to “Whatever it is, I didn’t do it, lover, lover.”When the piece was completed, Miranda and Abrams produced and performed it under the stage name Shag Kava, also creating the song “Dobra Doompa.” In The Force Awakens, “Jabba Flow” is played as Han Solo, Finn, Rey, and BB-8 enter Maz Kanata’s castle. Although unidentified in this scene, the track is identified in the film’s credits.

You can watch the full video of “Jabba Flow” below.

The original Broadway production of Hamilton will be returning to the Great White Way on September 14, so fans of the hit musical will once again be able to enjoy the story of Alexander Hamilton, Aaron Burr, George Washington, and more founding fathers live and in-person. If you are interested in buying tickets, visit the official website.

Did you know Lin-Manuel Miranda was a Star Wars composer?