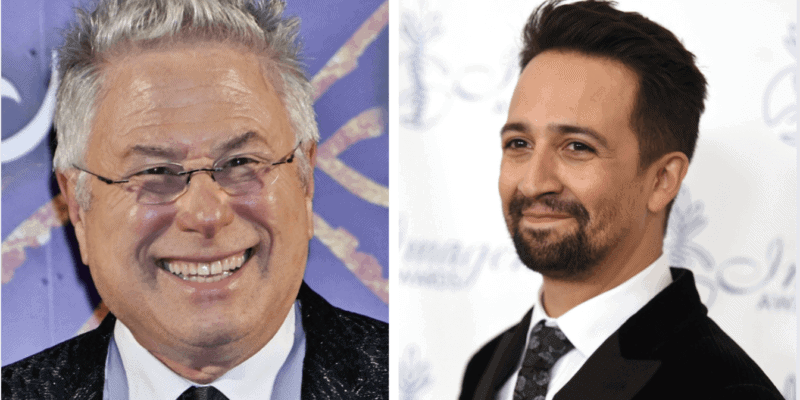 Now, the museum is hosting another virtual event  — a fundraiser featuring none other than Disney Legend Alan Menken and Hamilton creator Lin-Manuel Miranda.

The event, officially called An Evening With Alan Menken, will begin with a paid VIP chat with the iconic Disney composer at 5 p.m. PT on August 6.

According to the press release for the occasion, “Menken and his long-time friend and collaborator, music producer Chris Montan, will discuss the milestones and achievements of Menken’s inspiring career. Tickets start at $200.”

If you are not interested in the paid segment of the upcoming Walt Disney Family Museum fundraiser, a free Alan Menken streaming performance will begin at 5:30 p.m. PT.

The press release shares details about this exciting online event, stating it will showcase “some of his legendary Disney songs, “Under the Sea,” “A Whole New World,” and “Be Our Guest,” and other celebrated classics from his films and Broadway musicals. During the live performance, Menken will be joined by his friend and acclaimed composer and actor, Lin-Manuel Miranda.”

Menken and Miranda most recently teamed-up to compose new original songs for Disney’s upcoming live-action version of The Little Mermaid.

The Walt Disney Family Museum has shared that the proceeds from An Evening With Alan Menken will benefit “education programs, which provide arts and animation instruction to the next generation of creative talent. The proceeds will also support the museum’s initiatives to provide educational opportunities to the Bay Area’s underserved young people, including its newest initiative, the At-Promise Youth Animation Academy.”

Join us for a musical and storytelling experience with Oscar®️-, Grammy®️-, Tony®️-, and Golden Globe®️-winning composer and songwriter @alanmenken. In our ticketed VIP chat, Up Close and Personal with Alan Menken, Alan and his long-time friend and collaborator, former Disney music executive Chris Montan, will reminisce about Alan's inspiring career. Then, join us for a free performance of Alan’s legendary Disney works, including “Under the Sea,” “A Whole New World,” and “Be Our Guest,” as well as classics from other films and Broadway musicals. During the performance, Alan will be joined by special guest and friend Lin-Manuel Miranda. This virtual event will benefit The Walt Disney Family Museum’s At-Promise Youth Animation Academy initiative—an educational program providing state-of-the-art animation training for young people experiencing economic and social displacement. Tap this photo in the link in our bio for more information.

If you’re a Disney music fan, you won’t want to miss this exciting opportunity to see two incredible performers come together for a one-night-only online experience featuring your favorite music from The Little Mermaid, Aladdin, and more. Order your tickets for the virtual fundraiser here.

Will you be virtually attending either portion of An Evening With Alan Menken, Featuring Special Guest Lin-Manuel Miranda?