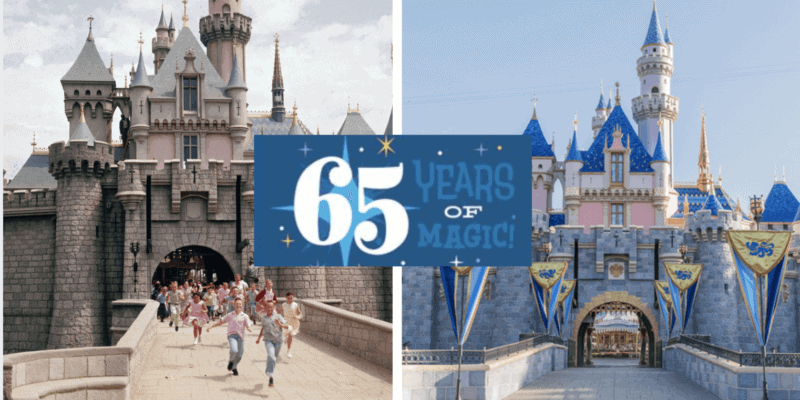 This Friday, July 17, marks the 65th Anniversary of Disneyland Resort. The Disneyland theme park opened in Anaheim, California on July 17, 1955.

Originally, Disneyland was scheduled to reopen this Friday following its temporary closure due to the pandemic. The reopening date has now been delayed, but the Walt Disney Family Museum has stepped in to give Disneyland fans a way to celebrate the park’s 65th birthday online.

The official web page for the special virtual anniversary event can be found here. On the website, Disneyland Park fans can submit questions for the event’s special guests, including Bill Rogers, Camille Dixon, and Imagineer Chris Crump.

The full schedule of events for the virtual Disneyland 65th Anniversary celebration:

1:45–2pm | Spotlight Talk: The Model of the Disneyland of Walt’s Imagination

3:30–4:30pm | Happily Ever After Hours with Former Imagineer Chris Crump

Because there are a number of different segments, Disney fans can tune-in for the entire event from noon to 5:oo PM or pick and choose the sessions that most interest them.

Even though many Disneyland Guests and Annual Passholders are sad they won’t be able to celebrate Disneyland Resort’s 65th birthday in the theme parks, this is a great way to add some magic to your day on Friday even without the grand reopening.

Will you be participating in the virtual Disneyland 65th Anniversary event? Tell us how you’re going to celebrate Disneyland’s birthday in the comments!