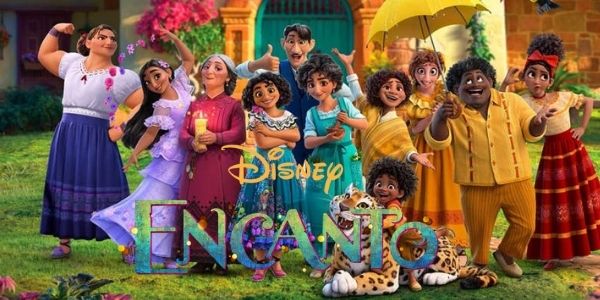 Disney’s newest animated film, Encanto, will hit Disney+ just in time for the holiday — and it won’t cost you extra to watch!

Disney+ has just announced that Disney’s newest animated film, Encanto, will hit the streaming service on December 24 — with no additional cost! That’s right, unlike Jungle Cruise, Mulan, and Black Widow, Encanto will go to Disney+ without Premier Access.

Encanto has already received rave reviews and breaking the box office as it brought in $40.3 million in North America since Wednesday, according to Variety. The film, which includes original music from Hamilton‘s Lin-Manuel Miranda, tells the story of Mirabel Madrigal (Stephanie Beatriz), who is the only member of her family without a magical gift.

If you have yet to see the brand-new film from Walt Disney Animation Studios, Encanto, it is described as:

Encanto is currently playing in theaters.

Have you seen Encanto yet? Did you enjoy the film? Let us know in the comments below.