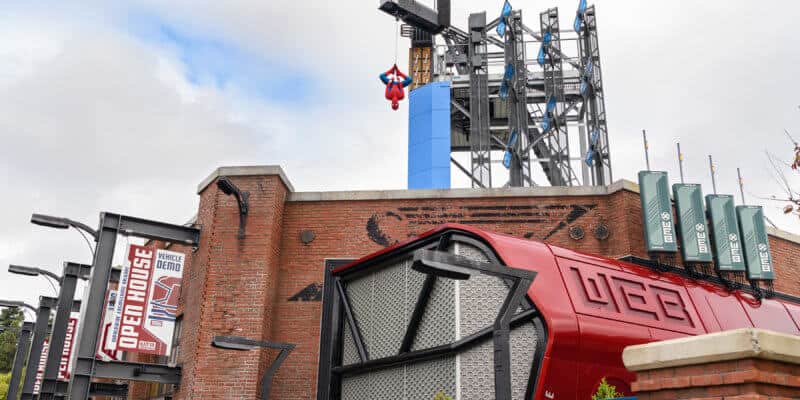 When Guests go to Disney World or Disneyland, or really, any Disney Park around the globe, there is a level of detail and technology that is often expected from Guests. As Disney continuously innovates and updates their technology, Guests are becoming more and more used to Disney bending the fabric of our reality and creating something completely new. That being said, sometimes, technology can fail.

With new rides such as Rise of the Resistance inside of Star Wars: Galaxy’s Edge at both Disneyland Park and Disney’s Hollywood Studios, and advanced animatronics like the ones we have seen in Frozen Ever After at EPCOT of Anna and Elsa, Guests are always waiting to see how Disney can top themselves.

Last June, Disneyland Resort opened up their Avengers Campus at Disney California Adventure. As we have discussed:

One of the coolest aspects about Avengers Campus is the Spider-Man meet and greet. To introduce Spider-Man, Guests see an animatronic fly through the air just like the films, and then, Spider-Man climbs down a buildings to get to his spot. It is a true spectacle and often leaves Marvel fans with their jaws dropped.

Lately, once video of the Spider-Man entrance has been getting a ton of eyes. Alain Bui (@alainbuii) created a CGI video of Spider-Man swinging in the air, but hitting the side of the building and crashing down on TikTok. The video looks shockingly real, which has left Disney fans questioning if it actually happened.

The creator of the video notes that the video is indeed CGI and even asks Disney to go easy on him! Attracting millions of views and hundreds of thousands of likes, this CGI master-piece has our spidey-senses tingling!

Sorry everybody, it is definitely CGI! Will be posting a breakdown soon! … please don’t come after me, Disney

Did this video trick you? Let us know in the comments below!