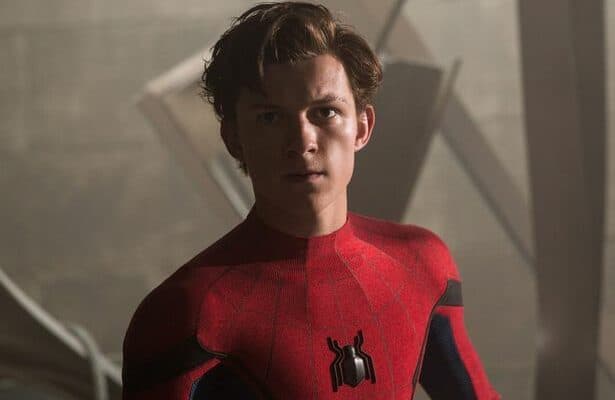 Marvel Cinematic Universe fan-favorite Tom Holland has been busy making the press rounds for his upcoming MCU Spider-Man trilogy conclusion, Spider-Man: No Way Home, which is due to hit theaters on December 17, 2021.

Holland recently shared that this will be his darkest Spider-Man film, telling fans it is “not fun”:

Now, the actor has shared additional details about his experience with the “bad” side of Peter Parker — who has been publicly outed as the friendly neighborhood super hero for the first time in Marvel history:

“We see so many more sides of Peter. All the characters, you know? We get to emotionally put them under a certain situation we’ve never cinematically seen. So you see them deal with different kinds of pressure, different kinds of scrutiny…”

Since No Way Home takes place after Avengers: Endgame (2019) — in which Holland quickly grew up after watching his mentor Tony Stark/Iron Man (Robert Downey, Jr.) sacrifice himself to help save the universe from Thanos (Josh Brolin) — Marvel fans can expect a much different version of the young hero than the naive, happy-go-lucky young man they’ve previously seen in the MCU.

“Yeah, and also Peter Parker’s ability to be bad… there’s something that happens in this film which I think fans will be very shocked by, which is really exciting and, for me, was something I loved bringing to the screen.”

As one recent article about the newest Marvel movie noted, the “end of Far From Home was rough, but dealing with the cascading consequences that this next adventure has in store for him will undoubtedly be worse.

At this time, it is unknown how many more standalone Spider-Man films there will be in the Marvel Cinematic Universe. Although another trilogy has been teased, Sony Pictures has confirmed that nothing is in active development at this time.

Are you excited to watch dark Peter Parker in No Way Home?