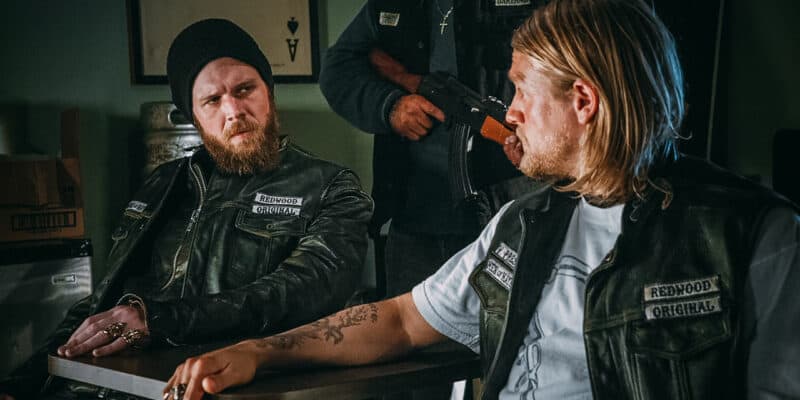 Ryan Hurst (Ladykillers, Saving Private Ryan, We Were Soldiers) is best known for his work as Jax Teller’s (Charlie Hunnam) best friend Opie Winston in the hit FX series, Sons of Anarchy, which ran for seven seasons between September 3, 2008 and December 9, 2014.

Now, Hurst is beseeching social media to help him land a dream role in Kevin Feige’s Marvel Cinematic Universe. It all started in October when the Remember the Titans (2000) alum took to Instagram to post:

I’m very often asked if I would like to play a character from a comic book? Yes. Who? I didn’t know for a while. Such a fan of so many, but yeah. Dude with troubled past, super powers equal/greater to SUPERMAN and Thor combined…and talks to dogs. I’m putting this out there. This dude. I’d like to play.

Do your thing Insta.

Now, Hurst has posted an update — and he’s happy with how social media has responded so far. The actor wrote simply:

It is unknown if Hurst was cryptically indicating he is already in talks with Marvel Studios or not.

The Marvel Comics character Hurst would like to bring to the MCU is Sentry/Robert Reynolds. Marvel’s official biography of the character reads, in part:

Empowered by the enigmatic Professor’s secret formula, high school student Robert Reynolds became a superhuman. After trouncing the school bully who had tormented him, Reynolds sewed together a costume and made his debut as the heroic Sentry. One of very few super heroes active during the years just prior to the Fantastic Four’s emergence, Sentry gained new importance when the new wave of heroes rose to prominence. Almost instantly deducing Spider-Man’s secret identity, Sentry became a role model for the young hero, as well as an ally to the X-Men, an equal to Reed Richards and a friend to the outcast Hulk. The Sentry even battled Dr. Doom alongside the Fantastic Four and defeated his greatest enemy, the General, with the X-Men’s aid.

While it is not yet known when the X-Men or the Fantastic Four will make their Marvel Cinematic Universe debut following The Walt Disney Company’s acquisition of 20th Century Studios — formerly 20th Century Fox — in 2019, Marvel Studios is actively working on bringing the popular super hero teams to Feige’s universe.

As a matter of fact, John Krasinski (The Office, A Quiet Place) has made no bones about his desire to be the MCU’s Reed Richards/Mr. Fantastic, though his real-life wife Emily Blunt (Mary Poppins Returns, Jungle Cruise) is much less enthused about playing Sue Storm/Invisible Woman.

The fact that the X-Men’s MCU debut is seemingly imminent, however it ultimately comes to be, certainly opens the door for Hurst to get his dream of playing Sentry someday in the not-too-distant future.

More on Sons of Anarchy

You can currently stream all 92 episodes of Sons of Anarchy on Disney-owned streaming service, Hulu. The official description of the series reads:

FX’s Sons of Anarchy is an adrenalized drama that explores a notorious outlaw motorcycle club’s (MC) desire to protect its livelihood while ensuring that their simple, sheltered town of Charming, California remains exactly that, charming. The MC must confront threats from drug dealers, corporate developers, and overzealous law officers. Behind the MC’s familial lifestyle and legally thriving automotive shop is a ruthless and illegal arms business driven by the seduction of money, power, and blood. Sons of Anarchy is created by Kurt Sutter and stars Charlie Hunnam, Katey Sagal, and Ron Perlman.

Do you want Ryan Hurst to join the MCU?