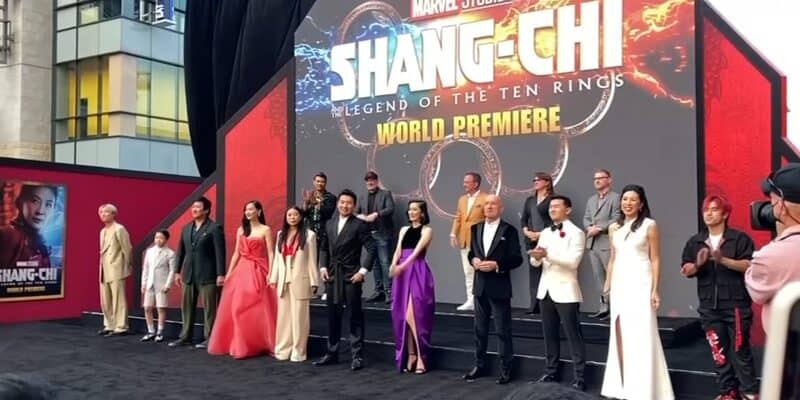 Simu Liu made his Marvel Cinematic Universe debut as Shang-Chi in Shang-Chi and the Legend of the Ten Rings, which debuted exclusively in theaters on September 3, 2021.

Around the time he made his MCU debut, Liu shared that joining Kevin Feige’s Marvel universe was the “craziest dream” come true:

Shang-Chi shattered box office expectations and a sequel has already been greenlit by The Walt Disney Company and Marvel Studios. Furthermore, Liu and his costars, including Awkwafina (Katy Chen) and Meng’er Zhang (Xialing), are expected to play key roles in the post-Avengers: Endgame (2019) MCU.

Now, it’s clear that the Marvel leading man’s hard work is paying off, as he recently made an unexpected appearance on the hit Netflix real estate series, Selling Sunset.

Per an article about the Canadian-born actor’s surprise cameo in the show, which is a competitor of Bravo’s popular Million Dollar Listing:

…[Liu] dropped by for an appointment at the Oppenheim Group offices, hoping realtor Chrishell Stause could help him find his dream Los Angeles home.

Liu makes his appearance in the sixth episode, at the 15-minute mark, and viewers find out how he ended up on the show.

Liu and Chrishell Stause first met on Twitter in April when they had the following exchange. The reality star asked:

If you ask a girl out but she isn’t interested but wants to keep it friendly-how would you prefer she tell you that?

Chrishell said, “Ok good point” and Liu replied with “While I got you…I might be in the market to buy…..”

Liu has seemingly always been a huge fan of Selling Sunset, posting about his love of the show back in August 2020:

What no I’m not binge-watching Season 3 of Selling Sunset, why would you think that at all

What no I’m not binge-watching Season 3 of Selling Sunset, why would you think that at all 🙄

Clearly, making a cameo appearance on the immensely popular series is a dream come true for the former Kim’s Convenience actor.

The elite agents at The Oppenheim Group sell the luxe life to affluent buyers in LA. Relationships are everything, and that often means major drama.