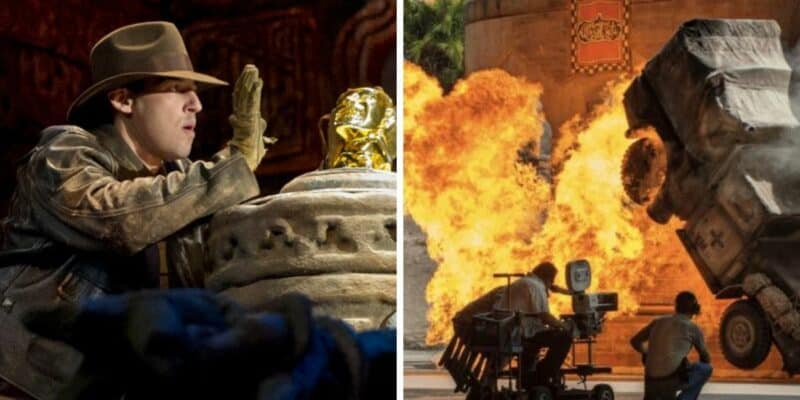 Now, it has been revealed that the popular show will be modified when it returns, with changes to the sets, effects, and actors’ lines.

Disney Guests in both Walt Disney World and Disneyland Resorts have been looking forward to the phased return of live shows in the Parks, with entertainment Cast Members finally being brought back after the forced shut down of the theme parks amid the COVID-19 pandemic.

We’ve already seen the return of the beloved “Festival of the Lion King” at Disney’s Animal Kingdom, as well as Mickey Mouse character “sightings” at Magic Kingdom and the hilarious “For the First Time in Forever: A Frozen Sing-Along Celebration” at Disney’s Hollywood Studios.

In fantastic news for Disney fans, Disney Parks revealed last month that Indiana Jones™ Epic Stunt Spectacular! will return on December 19, 2021. The official webpage for the popular live show has showtimes listed for its reopening day at 12:00 p.m, 1:15 p.m., and 3:15 p.m. EST.

Based on Steven Spielberg’s popular Indiana Jones franchise starring Harrison Ford, Sean Connery, and Karen Allen, the stunt performance features numerous stunts, moving sets, and explosions. It is yet to be known if the fun audience participation portion will still be a part of the show when it returns in a couple of weeks.

Disney Parks recently shared an exciting sneak peek at the Indiana Jones™ Epic Stunt Spectacular!, with Indy returning in his famous fedora hat arriving onto the set of the eagerly-awaited show.

Now the Orlando Sentinel has revealed the modifications and tweaks featured in the return of the show this weekend at Disney’s Hollywood Studios.

We all remember the giant boulder heading straight for Indy during the Indiana Jones™ Epic Stunt Spectacular! at Walt Disney World Resort’s Disney’s Hollywood Studios, and thankfully, that is staying.

According to Tom Vazzana, the show director, the show’s revival will see new effects and a more cohesive setup:

“The temple scene is still intact, and then we tweaked the dialogue. We actually tightened it up a bit. That set is massive and beautiful, and we arranged the dialogue so that we could move more swiftly through the scenes and get to the stunts and show off our performers.”

Making its debut at the theme park in 1989, the show has been closed since March 2020 when the Walt Disney World was forced to close due to the COVID-19 pandemic.

The storyline, based on Raiders of the Lost Ark (1981), will follow the same storyline but with modifications based on the times:

“When we describe about how we make — not even on film — but how can we capture and record. We relate it, so that the kids in the audience could understand it, on their iPhone.”

Other changes include a more energetic fight scene on the airplane, as well as a fun “kerfuffle” between Indy and Marion. Cast Member Andrea Miceli, who is returning to the Indiana Jones show as as a stunt performer and as Marion, said of coming back:

“It’s a very unique show. Once we started getting back into the show elements, it was it was like riding a bike and it was great. We definitely wanted to focus on the safety of everything as well, bringing it back right.”

Located near Disney’s Hollywood Studios’ Echo Lake, the stunt show’s set and machinery were improved during the pandemic break, including a refresh of vehicles, lighting, and facades, repainting of the marketplace and fabrics, and new sound effects with more authentic punching noises.

Are you excited about the changes to Disney’s Indiana Jones stunt show?