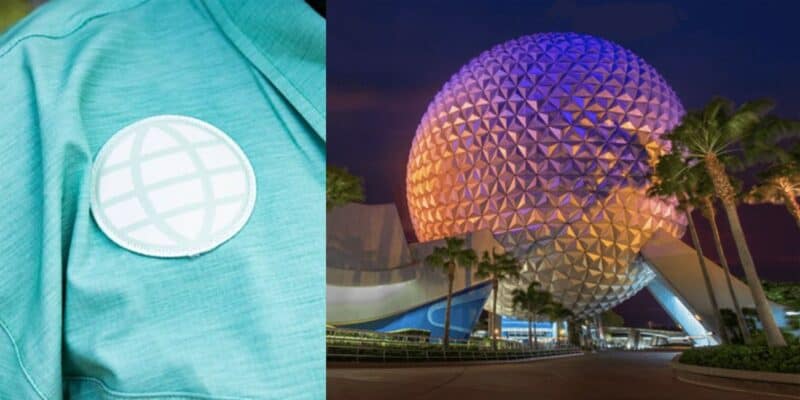 If you’re headed to EPCOT anytime soon, big things await! EPCOT is brimming with new experiences such as the France Pavilion’s expansion which includes the new attraction, Remy’s Ratatouille Adventure. We’re enjoying Space 220 and excited about the news of a new EPCOT restaurant coming soon. Plus, don’t miss the opportunity to see the new nighttime spectacular, Harmonious, and celebrate the holiday season with the International Festival of the Holidays. With so much Disney magic around, you won’t want to miss complimenting Cast Members on their new costumes!

Most recently, we’re seeing more and more green initiatives propel their way into the Disney Parks. As the Parks make a strong effort to become less wasteful, that green idea is reaching Cast Members in a unique way.

Disney’s Animals, Science, and Environment took to Facebook to announce:

“If you’re out and about at EPCOT, you may notice that the Festivals Team is sporting a new Costume shirt! This new shirt is more than just the color green – it’s also helping remove discarded plastics from our environment.”

“Each shirt is made, in part, from plastic bottles that were at risk of polluting the ocean. That’s what we call sustainable style!“

Looking good! While one might think, “plastic bottles?”, we truly appreciate the effort Disney is putting forth to bring its green initiative to Cast Member costumes. Comments surrounding the post are super positive with one noting they are great if they are comfy and breathable for the Cast Members to withstand the Florida heat.

Do you like the new EPCOT Cast Member costumes? Let us know in the comments.