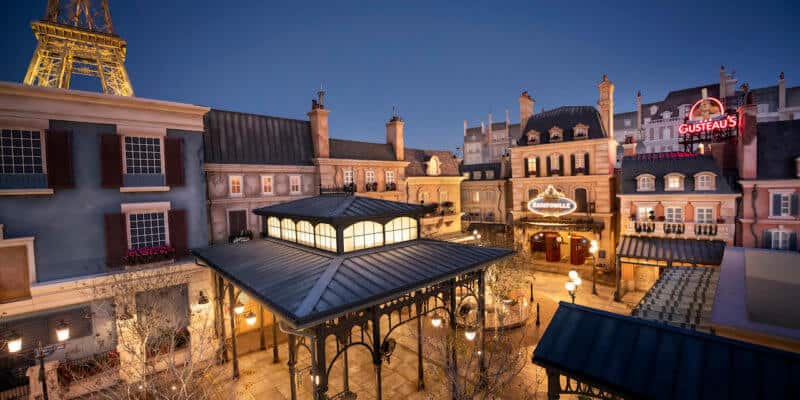 If you have been to Walt Disney World since the 50th anniversary celebrations began, you likely have noticed that the France expansion is now open to Guests entering the France pavilion at the World Showcase.

This addition features a new area that Guests can explore, entering the world of Ratatouille. Aside from a delicious crêperie that has us wanting to make a Disney Park Pass reservation right now, the new attraction Remy’s Ratatouille Adventure is a brand-new attraction that Guests have been loving. In the ride, you become the size of a rat and get to experience all of the chaos that Remy would have had to endure in the film. With the new trackless ride system and 3-D effects, it is a hit among many.

When you enter the expansion, it is stunning but does not appear to be that large. It adds a new aesthetic with the Parisian street look and fountain, but there is not too much more to explore past that. That being said, there is more to the expansion than meets the eye.

Bioreconstruct (@bioreconstruct) captures an aerial shot of the pavilion. As you can see below, the ride takes up the majority of the space in the expansion, but that is not something that Guest’s would ever see, as they just think they are entering the theater facade.

Considering the attraction is incredibly massive with multiple areas to explore, being able to hide the reality of that by making Guests think the facade is the real attraction helps to enhance the immersion.

What other attractions have you noticed to do this as well? Let us know in the comments below.