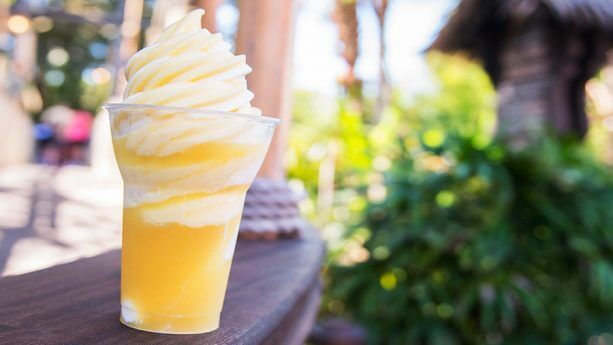 It’s easy being green! Or at least, that’s what Disney says. The Disney Parks are continuing their efforts to be more environmentally friendly and less wasteful. This time, we are seeing the California Disney theme parks at the Disneyland Resort launch a new program aimed to reduce food waste.

A new article by the Orange County Register, a local Southern California news source, shares details about the new program that Disneyland Resort is piloting at the theme parks. Per the OC Register’s report, the pilot program that Disney just launched adds a third trash can next to the pair that are typically seen throughout the Resort.

All throughout Disney Parks property — at Disney Parks all around the world, and specifically at Disneyland Resort in Anaheim and Walt Disney World Resort in Orlando — you will find trash cans. Nearly everywhere you look, there will be a pair of trash cans within walking distance: one for waste that is meant for landfills and one for recycling. But now, as part of this new program being launched at Disneyland, a third can is being added specifically for food waste.

Per the OC Register:

The pilot program is starting at the Galactic Grill in Tomorrowland at Disneyland. Visitors are asked to sort their trash into landfill, recycling and food waste bins.

The unfit-for-human-consumption food waste is sent to a third-party vendor that converts the leftovers into feed nutrients for farm animals.

“It’s our responsibility to create immersive experiences and happiness for our guests, but to do so in an environmentally sustainable way,” Disneyland Environmental Integration Manager Lotus Thai said in the latest Mousemail newsletter. “We have a responsibility to do and be better for our cast members, our guests, our community and future generations.”

Disney Parks’ effort to reduce waste and be more environmentally friendly is something that has become very prevalent in recent years. In 2021, we saw Disney release reusable utensils that double as souvenirs in honor of Earth Month in April. Additionally, the Parks and Resorts continue to focus on renewable, green energy, as we can see with the large solar panels on Disney property. And at theme parks like Disney’s Animal Kingdom, we continue to see The Walt Disney Company advocate for environmental awareness and protection.

At this time, Disney has not announced when more food waste bins will be added throughout the Disneyland Resort or even to Disney Parks around the globe, but we will share updates as Disney announces them.

For now, the next time you are in Tomorrowland at Disneyland Park in California, be sure to discard your uneaten food in the food waste bins near Galactic Grill. Local farm animals will thank you!

What do you think of Disney’s effort to reduce food waste? Do you want to see more efforts to be lest wasteful at Disney Parks? Let us know in the comments!