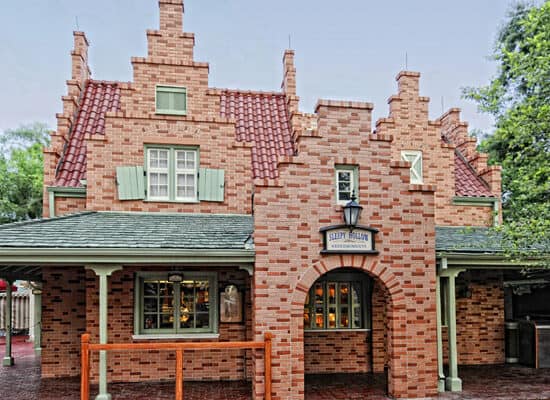 Magic Kingdom Park at Walt Disney World Resort recently celebrated its official 50th anniversary on October 1, 2021, and kicked off the 18-month long World’s Most Magical Celebration, which will allow Guests to party in the Parks into 2023!

This fan-favorite spot is a must-visit for many Magic Kingdom Guests — it offers both a breakfast menu and a snack menu featuring delectable treats like a “Fresh Fruit Waffle Sandwich Served with Stawberries, Bananas, Blueberries, Chocolate-Hazelnut Spread” and a classic “Mickey-shaped Waffle with Strawberries and Powdered Sugar Served with Strawberries and Whipped Cream”.

The permit is for “General Construction”, which is a vague description that can mean anything from minor updates to a total overhaul. The contractor who will be performing the work is MMR Constructors, Inc., a large company whose website notes they are “no strangers to 1-million hour projects”.

At this time, however, Disney has not officially commented on the work that is being done on Sleepy Hollow.

Related: Disney Partners With Delish For Cookbook Featuring Over 50 Recipes

Sleepy Hollow is officially described as:

Fill the hollow in your belly with a tasty treat at this quaint brick cottage by Cinderella Castle. Choose between sweet waffle sandwiches or funnel cakes topped with strawberries and whipped cream.

Cinderella Castle is officially described as:

What do you think is being done at Sleepy Hollow?