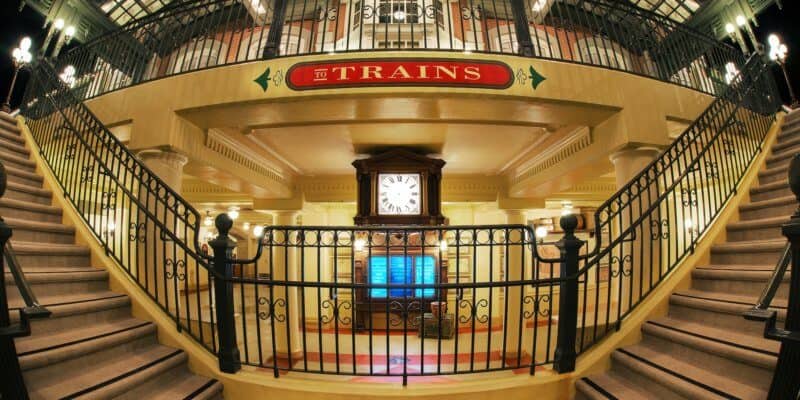 The Walt Disney World Railroad closed in December 2018. The closure was not for a standard refurbishment but, instead, to allow construction to begin on the highly anticipated TRON Lightcycle Run roller coaster in Magic Kingdom Park’s Tomorrowland area.

However, this does not mean that reopening preparations aren’t being made for whenever that (eventual) date happens to be!

Just this week, in fact, Disney filed a permit for “General Construction” on the Fantasyland Railroad Station. The contractor listed on the permit is Southeastern Construction & Maintenance, a company based in the Orlando suburb of Kissimmee, Florida.

“General Construction” is, of course, a vague description, so this could mean that the Railroad Station is getting some minor touchups or receiving a major overhaul — the former, though, is more likely.

Nonetheless, any progress is good progress when it comes to getting the fan-favorite Disney World attraction back up and running as soon as possible!

The official description of the Walt Disney World Railroad reads:

Near the entrance to the park on Main Street, U.S.A.
The Frontierland station
The Fantasyland station
Walt’s Lifelong Passion
A noted train enthusiast, Walt Disney built his very first railroad in his backyard. The Carolwood Pacific Railroad, a 1/8-scale train, debuted in 1950 and featured a custom-built, steam powered locomotive that encircled his property.

Are you looking forward to the eventual reopening of the WDW Railroad?