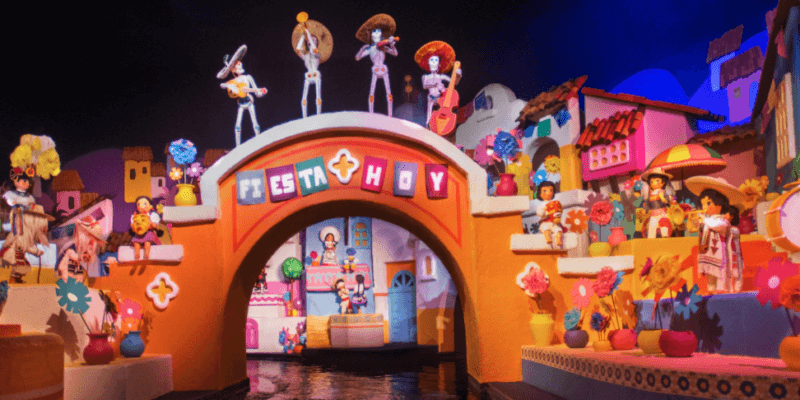 The World Showcase is a unique experience for Walt Disney World Guests of all ages — whether you choose to “drink around the world” or teach your kids about the importance of understanding other cultures — Walt Disney’s vision for a place where people can travel the globe by hopping from one pavilion to the next is still one-of-a-kind today.

Now, it appears that Walt Disney World Resort is set to update one of the most popular countries in the World Showcase. A construction permit for work on the Mexico pavilion was recently filed.

The permit is for “General Construction” by New Horizon Construction Services, which can mean anything from minor updates to a major overhaul. Some Guests might even be hoping for the long-awaited rumored Coco (2017) retheme of the Gran Fiesta Tour ride — this is, however, unlikely since Disney has not announced any closures related to this permit.

In all likelihood, the permit refers to updates to the Mexico pavilion as a whole, not a specific ride or restaurant. Nonetheless, it is always exciting when a pavilion undergoes some sprucing up to make it even more enjoyable for Guests of all ages!

¿Dónde Está Donald Duck?
Donald’s disappeared south of the border, and it’s up to the other 2 caballeros from the musical trio—Panchito, the Mexican charro rooster, and José Carioca, the Brazilian parrot—to find him.

A Very Animated Experience
Inspired by the 1944 Disney film The Three Caballeros, your adventure comes to life against a backdrop of live-action footage, hand-drawn animation and the jaunty musical score from the movie.

What changes do you hope Disney is making to the Mexico pavilion?