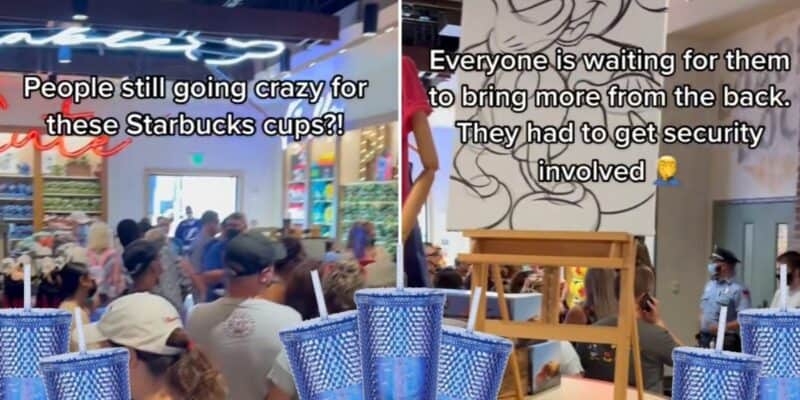 Last week saw the iconic Walt Disney World Resort celebrate its 50th anniversary in Orlando, Florida. The World’s Most Magical Celebration began on October 1 and saw fans flock to the theme parks for their taste of the festivities.

The magic Disney Parks creates is unparalleled yet upon the release of brand-new merchandise, some Guests were caught up in altercation between others as they tried to grab their own piece of Disney history. And that demand is continuing across Park property.

Marking the opening of the Disney Resort in 1971, all of Walt Disney World became part of the anniversary celebrations. From the debut of Harmonious at EPCOT to Tower of Terror becoming one of the Beacons of Magic over at Disney’s Hollywood Studios, to the debut of the new KiteTails daytime show at Disney’s Animal Kingdom, The World’s Most Magical Celebration has something for every Guest while on their Disney vacation.

The most popular theme park, of course, was Magic Kingdom. With bus queues stretching long in the early hours to huge crowds forming outside the Park gates, Magic Kingdom eventually welcomed Guests with an introductory celebration show at Cinderella Castle capturing that wonderful Disney magic. Notably, though, in spite of the elevated crowds, wait times for attractions including Space Mountain and Seven Dwarfs Mine Train were incredibly low while Guests lined up for Disney Park food, treats, and well, merchandise.

One of the most popular items Disney released for The World’s Most Magical Celebration was the 50th anniversary Starbucks tumbler. The studded cup is one of the products with the highest demand, and upon its release on shopDisney, the online retailer quickly sold out.

Merchandise caused slight chaos for Cast Members at the Emporium on Main Street, U.S.A. on October 1 with soaring crowds attempting to grab limited edition items. In fact, the Emporium was so popular that a virtual queue and standby line was implemented to manage the Guest levels.

Almost a week on, and the demand for the Starbucks tumbler at the 50th anniversary celebration is not slowing down.

The video shows a large group of Guests — although the location was not nearly as crowded as the Emporium on October 1 — gathered in the store, waiting for a Cast Member to bring out more stock of the famous Starbucks cup. We can also see, as outlined by the text too, that a security guard was posted at the back entrance of the store, seemingly to ensure the safety of the Cast Member.

During the cup’s release in the Parks last week, it was reported that Cast Members had to form a circle around the stands in order to make the shopping experience as safe as possible.

The 50th anniversary celebration also welcomed the new Magic Kingdom show, Disney Enchantment, and sometime soon the new Disney Genie will debut at Disney Parks. The new interactive feature will allow Guests to ride their favorite attraction for a fee via the new Lightning Lane as well as helping them to plan their Walt Disney World vacation.

Have you got your hands on the Disney Starbucks tumbler? Let us know in the comments down below!