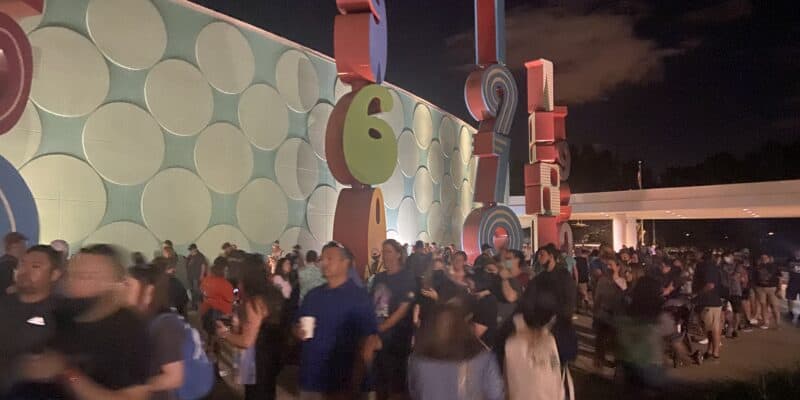 I am here at Disney’s Pop Century Resort and will be visiting Magic Kingdom today for the start of the 50th anniversary. When walking to the bus stop to get in line for the Magic Kingdom bus around 6a.m., I noticed Guests were already lined up early.

One Disney Cast Member even said they heard Guests were standing in line last night at Pop Century around 11:30p.m. to ensure they were one of the firsts on the Magic Kingdom bus the morning of October 1.

We also have an Inside the Magic team member staying at Saratoga Springs, and they saw the line for the bus around 6:55 a.m., which looked like this:

It is safe to say Disney World Resort Guests are wanting to be inside Magic Kingdom prior to its official opening so that they can take in all there is to offer for the 50th anniversary, including the iconic welcome show, which is also returning this morning! Magic Kingdom’s Park hours state it will open at 8 a.m., but for those of you who are eligible for Early Entry hours, the Park will open at 7:30 a.m.

The good news is that this celebration isn’t just going to last one day, a few months, or even one full year — it’s going to be going on for a total of 18 months, into 2023. So if you are unable to make it to Walt Disney World today, don’t worry — there is plenty of time to partake in the celebrations.