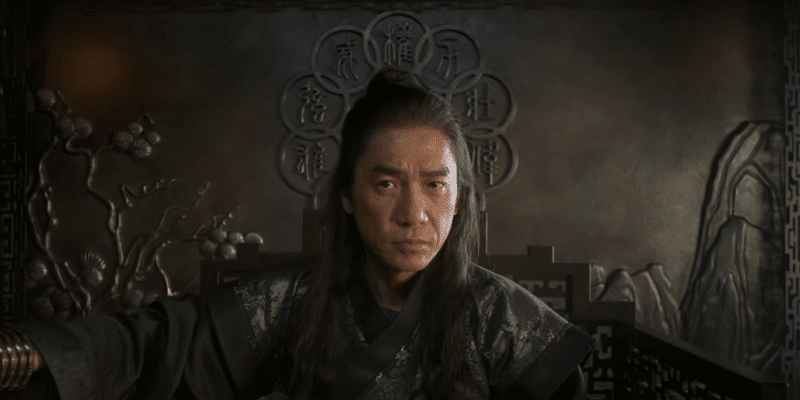 Shang-Chi and the Legend of the Ten Rings is breaking records left and right at the Box Office. And while Marvel Studios is working away in secret on the next appearance of Simu Liu’s Shang-Chi, fans are hoping against hope that the film’s villain Wenwu (Tony Leung) might not be gone for good.

Related: Here’s When You Can Watch Marvel’s Box Office Hit, ‘Shang-Chi’ For FREE

A hero is only as good as his villain. And Tony Leung’s sympathetic take on Iron Man’s archnemesis stole every scene he was in. He quickly became a top-tier villain in the Marvel Cinematic Universe. But like so many bad guys before him, he met his fate before the end of the movie. The MCU’s problem with killing off their villains has been noted time and time again.

But luckily when it comes to comic books and the superhero movies they inspire — death never means that the the story is over. Natasha Romanoff AKA Black Widow got a solo movie after her death in Avengers: Endgame (2019) and Marvel’s What If…? series on Disney+ brought other characters back from the dead. This includes Tony Stark AKA Iron Man, though they seem to have become fixated on killing him again and again.

Marvel Studios President Kevin Feige would be a fool to waste an actor as talented as Tony Leung in only a single film. Though he has done the same with Cate Blanchett as Hela in Thor: Ragnarok (2018) and Jeff Bridges as Obadiah Stane in Iron Man (2008).

Recently, Jeff Yang, a consultant for Shang-Chi and the Legend of the Ten Rings, suggested that Wenwu’s story might not be done yet on the podcast They Call Us Bruce. He shared:

“Given what they had in Tony Leung, I would have hoped that they would have made it a little more clear that he has other places to be in the Marvel Cinematic Universe. I’ll just leave it at that.”

This has Marvel fans spinning theories on when and how Wenwu could return. And they have turned their sights on the next film in Marvel’s Phase 4 plans: Eternals.

Eternals will hit theaters on November 5, 2021, and director Chloe Zhao has previously confirmed that it will span the length of human history on Earth.

Additionally, Shang-Chi revealed in the post credit scene that Wenwu had his Ten Rings of Power for thousands of years. Marvel fans also know he spent much of that time conquering the Earth, so it is definitely possible that he could have run into any one of the immortal superheroes from Eternals.

Shang-Chi also introduced Awkwafina as Katy and Meng’er Zhang as Shang-Chi’s sister Xialing. The official description from Marvel is:

Let us know in the comments if you want more Wenwu in the MCU and if you think Eternals will have any cameos from other characters.

Comments Off on Could Marvel Secretly Bring Back Their Best Villain in the Next Movie?