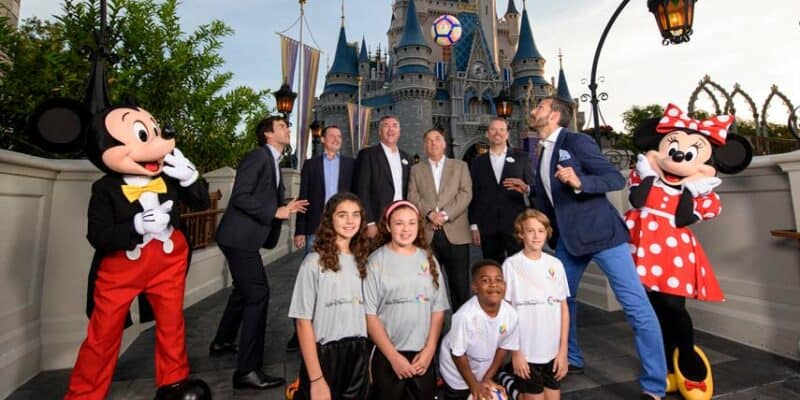 In the world of kids’ entertainment, The Walt Disney Company has arguably stood alone for nearly 100 years. Since Walt Disney first founded his studio in 1923, children have been at the forefront of nearly everything Disney has done.

Related: Disney Relocating Over 2,000 Jobs From CA to FL May Be the Tip of the Iceberg

From releasing the first feature-length animated motion picture with Snow White and the Seven Dwarves (1937) — a project known as “Walt’s folly” that ultimately proved the skeptics wrong — to six theme park properties around the world where parents and children can live out Walt’s dream of having fun together, Disney magic is made for kids.

Recently, though, it seems that at least some of the powers-that-be at Disney don’t feel as though the company’s family of brands — including Marvel Studios, Lucasfilm/Star Wars, Pixar Animation Studios, 20th Century Studios, and ESPN — are doing everything they ought to be to maintain their market share in regard to children’s entertainment, specifically in the sports arena.

One report shared the following details:

According to Michael McCarthy of Front Office Sports, Disney is now looking to develop an NFL telecast to rival Nickelodeon’s popular slime-cast for kids. That could include using current Disney properties like Marvel, Star Wars and Pixar to create new wrinkles to the standard viewing experience.

“Look, Disney invented kids entertainment,” A source told McCarthy. “They’ve had to sit back watching Nickelodeon and CBS pound their chests all year. Well, Disney thinks they can do it better when it comes to reaching kids and families.”

Disney, who owns both ESPN — the home of Monday Night Football — and the ABC network, tried a Marvel-themed NBA game billed as the “Arena of Heroes” earlier this year, so similar events geared even more toward young audiences could be coming down the pipeline.

See what it’s all about, tonight on ESPN2 ⬇️ pic.twitter.com/2xgKy64feV

Furthermore, Disney Parks have a long history with professional sports, with the NFL Super Bowl MVP historically yelling, “I’m going to Disney World!” after hoisting the Lombardi Trophy — there’s no reason Disney wouldn’t want to further capitalize on this connection.

This move to make live sports more kid-friendly is likely a response to the recent news that CBS-owned Nickelodeon will be teaming up with the NFL for football playoff coverage for the second year in a row. Per Variety:

CBS Sports and Nickelodeon will expand the work they do to link younger viewers to the National Football League, working to build on a kids-focused Wild Card game broadcast that gained traction earlier this year.

As part of the activity, Nickelodeon will telecast another NFL Wild Card game on Jan. 16, alongside CBS Sports’ usual coverage that day. On Sept. 15, Nickelodeon will launch “NFL Slimetime,” a new weekly half-hour series that will debut at 7 p.m.

“Our coverage of the NFL Wild Card game was literally a game-changer in so many ways, and the sensational response absolutely proved there’s huge demand for sports content with the kind of kids and family point of view that only Nickelodeon can deliver,” Brian Robbins, president and CEO of Nickelodeon, said in a statement.

Do you think Disney should begin focusing more of its live sports coverage on young viewers?