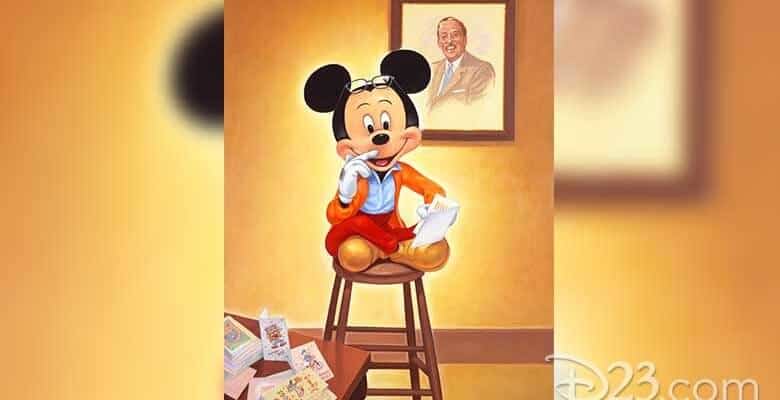 Most hardcore Disney fans know that Walt Disney was born in Marceline, Missouri and spent time living in Kansas City before moving to Southern California in 1923.

Related: Disney History: Walt Disney Got His Start in Animation 100 Years Ago

He was armed with little else besides the Alice cartoons he hoped to use to launch his career in film. D23 shared these details about the beginning of the future Academy Award winner’s fairy tale career:

…he [Walt Disney] decided that he could use it as his “pilot” film to sell a series of these “Alice Comedies” to a distributor. Soon after arriving in California, he was successful. A distributor in New York, M. J. Winkler, contracted to distribute the Alice Comedies on October 16, 1923, and this date became the start of the Disney company.

Related: Try Your Luck in a Virtual Disney-Themed Escape Room!

Now, a Kansas City non-profit organization called Thank You Walt Disney is spearheading the effort to transform Walt Disney‘s original animation studio on 31st and Troost streets into a museum.

The plans for the remodel include a welcome center where fans can learn about Disney‘s Laugh O Gram films and cartoon character development, a flex studio that can be used for multimedia work and education, a museum of animation, and a co-work office for local Kansas City residents.

According to the Kansas City Business Journal:

“It’s going to be a great educational resource for people who want to learn more about Walt’s years in Kansas City,” said Dan Viets, with the nonprofit Thank You Walt Disney.

Viets announced two new grants, totaling just over $300,000, will be used to spruce up the old Laugh-O-Gram building where Disney conceived of the idea for Mickey Mouse [and Oswald the Lucky Rabbit, Mickey’s predecessor].

“While he lived and worked in the Laugh-O-Gram building, he kept a pet mouse who, just a few years later, was the inspiration for the creation of Mickey Mouse,” Viets said.

According to local Kansas City news station, FOX 4, the initial round of exterior renovations on the building will begin this spring. The total cost of the work to revitalize Walt Disney’s original animation studio — the very first House of Mouse — is expected to be about $5 million.

Even before Disney’s death in 1966, The Walt Disney Company was poised to become one of the greatest entertainment powerhouses the world has ever seen. Today, the company owns not only Walt Disney Studios — both the animation and live-action divisions — but Pixar, Lucasfilm/Star Wars, Marvel Studios, and sports broadcasting giant ESPN.

To learn more about the project and to find out how you can get involved in preserving the Disney brothers’ legacy no matter where you live, visit the Thank You Walt Disney, Inc. website.