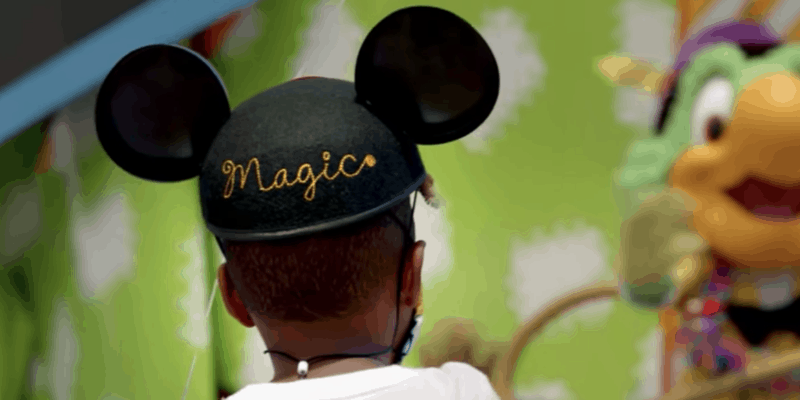 If you’re a Disney Parks fan, you’ve probably spent the past few days wrapping your head around the many changes that are coming soon to both Disneyland Resort in Anaheim, California, and Walt Disney World Resort in Orlando, Florida. Many of these changes to the Disney experience are wrapped up in one new program, the Disney Genie service.

In addition to serving as the platform where Guests will book their paid “FastPasses” — now known as Lightning Lane entrance passes — the Disney Genie Service will, according to The Walt Disney Company, enhance the Guest experience at both U.S. Disney theme parks.

Related: Disney Fans Are Furious With New Paid Rise of the Resistance Opportunity

But, fans aren’t so sure about the upcoming addition to both the Disneyland app and Disney World’s My Disney Experience app. In fact, the Disney Parks YouTube video that announced the Genie platform’s debut has only 1.4K likes compared to over 15K dislikes.

You can watch the announcement below:

In the comments, a number of loyal Disney Parks fans noted that the entire Disney Genie program may entice them to visit Universal theme parks instead.

Universal has properties — Universal Studios Hollywood and Universal Orlando Resort — near both of Disney’s U.S. Parks. Often, fans will add on a visit to a Universal theme park when they are planning a Disney vacation. However, what if Universal becomes the more popular vacation destination among previously dedicated Disney fans?

A user going by airplanegod kicked off the conversation by writing, “This is the best Universal Studios commercial ever, even better then [sic: than] the ones they create.”

“if you stay on property at Universal at one of the deluxe hotels you get the express pass for free, meaning, any attraction you want at any time how many times you want. Disney on property guests now get the opportunity to wake up early to pay extra for a ride two hours before everyone else…so there’s no benefit to staying on property at all.”

Another YouTube viewer, Anthony Bonarrigo, is concerned that — in addition to the new paid Lightning Lane program — Disney may be removing all of the perks that Guests previously got for staying on property:

“on top of this, no more magical express, no extra magic hours for almost everyone on property, no free fastpass system. Literally zero reason to stay on property right now.”

Another user, hoppybird6, shared that they prefer Universal to Disney when it comes to staying onsite:

“Exactly, this is why I love Universal!! Staying on property is awesome- just walk out your hotel to the park and jump on any ride you want! Because we do this we never have time for Disney, but I wanted to take a special Disney trip later this Spring and was planning staying on property, but now theres literally no reason to. RIP Disney hotels”

Chris Sciarrota seemed to sum up many irate Disney Parks fans’ feelings in his post:

“I literally never comment on Youtube videos, but as a stockholder and frequent traveler, 1x per year in a deluxe resort with a meal plan before the pandemic, I have to say how disappointed I am with this decision. Let me first say, I am a diehard Disney fan. First you took away my magical express, which was one of my favorite things and made coming from Orlando airport so convenient, then you pull this stunt with the Disney genie. There are many more examples of paying more for less services with the company as a whole. As much as it hurts me, I won’t be planning a trip to your park in the near future. Let me be clear, we have the disposable income to afford these new “features”, but at this point the price gouging for everything is making me think I’m just better off going to Universal. This is the straw that broke the camel’s back. How’s this for customer feedback? Thanks Bob [directed at current Walt Disney Company CEO Bob Chapek].”

At this time, Disney has not announced an official rollout date for the Disney Genie Service, but it will debut in fall 2021.

It remains unclear if Disney will publicly address the negative Guest feedback they have received about the new program so far, or how many people will actually visit Universal Studios over Disneyland or Disney World after paid “FastPasses” officially become the norm.

It is worth noting that Universal offers its own Express Pass program, which begins at $69.99 per ticket per day for the base model. However, the pass is included in certain hotel stays. Disney’s new Lightning Lane program begins at $15 per day — without a la carte ride options, like Star Wars: Rise of the Resistance — but is not included in any Disney World or Disneyland hotel packages at this time.

What do you think about the Disney Genie?