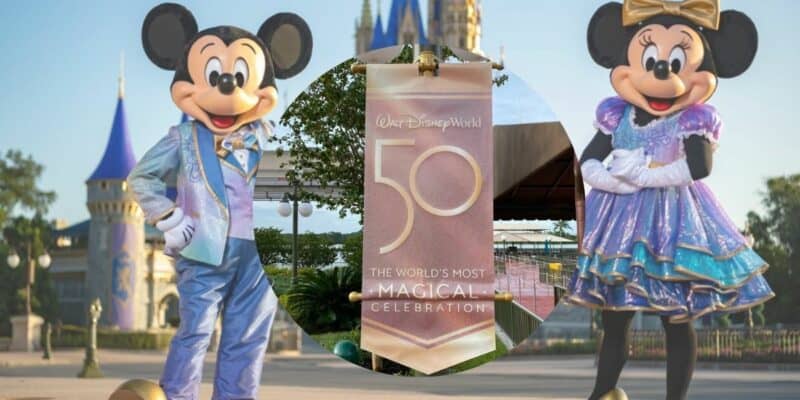 Walt Disney World’s 50th anniversary celebration is just around the corner. In fact, starting October 1, 2021, and running for 18 months, the theme parks will host “The World’s Most Magical Celebration”.

Now, as we are inching closer and closer to this milestone, it seems as though the theme parks are already putting up decor to get Guests excited.

Reddit user, zmayer, shared a photo to the social media platform of the newly installed 50th anniversary banners that can be found at the Magic Kingdom entrance! They write:

This is not the first decor we have seen installed at the theme parks ahead of the 50th anniversary as Cinderella Castle has been decked out in embellishments and decor for a few weeks now. In fact, the 50th crest was added to the front of the theme park icon at the end of July, marking the competition of Cinderella Castle’s makeover.

Are you going to visit Walt Disney World during the 50th anniversary celebration? Let us know in the comments below.