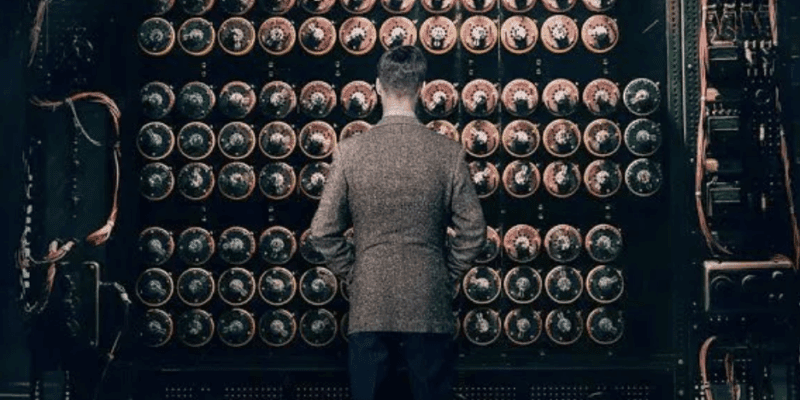 Neither Lucasfilm nor Lawther, who played young Alan Turing — Benedict Cumberbatch starred as the adult version of the computer genius — in the Academy Award-winning film, The Imitation Game (2014), has publicly confirmed that he will be making his Star Wars debut, but a new report notes:

Little is known about Andor’s story, but the series promises to feature a star-studded cast. It was officially announced that Stellan Skarsgard, Denise Gough, and Kyle Soller were brought aboard the series, and later reports revealed that Ben Mendelsohn and Forest Whitaker will be reprising their roles as Director Krennic and Saw Gererra, respectively.

The Direct can exclusively report that actor Alex Lawther will play a supporting role in Star Wars: Andor.

Andor will take place approximately five years before the events of Rogue One — which is set directly before Star Wars: Episode IV – A New Hope (1977) in the Star Wars timeline — and will feature Luna reprising his fan-favorite role as Captain Cassian Andor.

“One of the most exciting and ambitious new series we have coming to Disney+ in 2022 is Andor, a tense nail-biting spy thriller in the Star Wars universe created by Tony Gilroy.”

Felicity Jones (Jyn Erso), Alan Tudyk (droid K-2SO), Mads Mikkelsen (Galen Erso), and other Rogue One stars are not expected to reprise their roles in Andor, given its place in the timeline. However, Tudyk has already indicated that multiple seasons of the new Star Wars series may be in development.

The reported synopsis for the show reads:

The adventures of Rebel spy Cassian Andor during the formative years of the Rebellion and prior to the events of Rogue One: A Star Wars Story. Diego Luna will reprise the role of Andor, which he originated in the 2016 film. The rousing spy thriller will explore tales filled with espionage and daring missions to restore hope to a galaxy in the grip of a ruthless Empire.

At this time, details about Lawther’s potential role have not been revealed. You can watch the sizzle reel for Andor below:

“Everything I did, I did for the Rebellion.” Andor, an Original Series set in the Star Wars universe, is streaming in 2022 on #DisneyPlus. pic.twitter.com/q2IT2qzEeR

Are you looking forward to Andor? Would you like to see Alex Lawther join the Star Wars franchise?