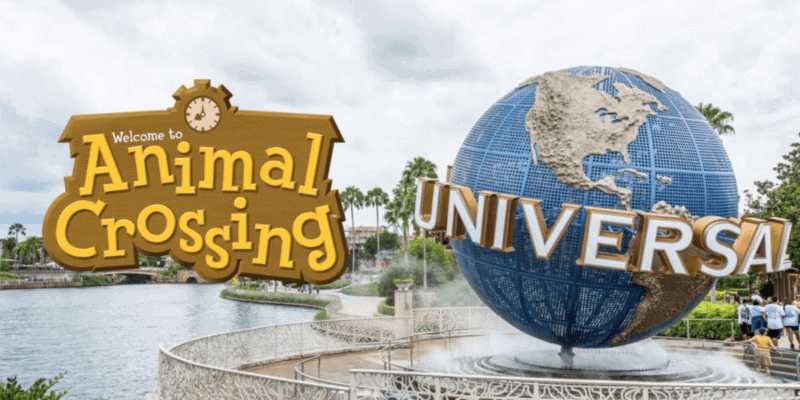 Nintendo’s smash hit Animal Crossing: New Horizons game on the Nintendo Switch took the world by storm with its 2020 release.

Bringing back life-long fans and introducing new friends to the fun franchise, Nintendo made yet another breakthrough in its popular Animal Crossing series. With Super Nintendo World coming to Universal Orlando and Hollywood resorts, should Nintendo and Universal partner once more to add an Animal Crossing land to the theme parks?

Universal Studios Singapore will also be getting its own Super Nintendo World, featuring exclusive experiences and entertainment!

Since Super Nintendo World is in its first phase at Universal Studios Japan and soon to come to the United States, it’s safe to say that the lands could expand into other beloved Nintendo games over time. The Pokémon, Zelda, and Animal Crossing franchises could all come to life, as they’re as recognizable as any Marvel or Disney intellectual property.

Imagine walking into Tom Nook’s to grab Nintendo merchandise (that’s hopefully not up-charged by Nook!), or walking along the river banks of this new Animal Crossing land and spotting the dark silhouettes of fish as you make your way to see K.K. Slider performs one of his hits late at night.

You could even act as your own character, being able to save up bells (the official currency in Animal Crossing) with an interactive wristband and use them for various interactive experiences throughout the land.

The only tricky thing about adding an Animal Crossing-themed land would be, of course, creating thrilling attractions, as the popular games are recognized for their open-world and laid-back gameplay. Relying on patience and dedication, players are encouraged to make their islands as advanced as they can with each new fish they catch and upgrade to your home.

As the seasons change in real life, so, too, could this new land with groundbreaking technology, allowing Universal to create never-before-seen themed experiences that are changing the theme park game. Various fruit trees could be found throughout the land, and Guests could “shake” them and collect more bells for future adventures.

Nonetheless, taking the immense theming at Super Nintendo World and translating that into an Animal Crossing world would sure be a knockout with fans of all ages. Some of the apple trees in Japan’s Nintendo World already look like those present in the Animal Crossing games, so Universal could already be on this expansion track. But for now, we’ll have to wait and see.

Would you visit an Animal Crossing land? Do you think these lands should come to Universal Parks worldwide? Let us know in the comments below!