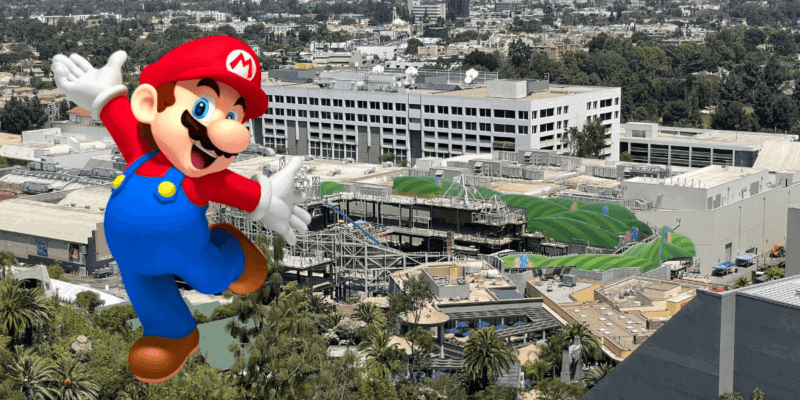 Recently, Jim Shull, the CEO of NBCUniversal, said that Super Nintendo World will be the “cornerstone” attraction for Universal theme parks around the world.

Universal has yet to set an opening date for this Super Nintendo World expansion, but construction is moving quickly. Our best guess? The land could open in the spring of 2022 if construction keeps up this steady pace. But that is our own speculation. What do you think?

You can see a lot of the exterior structures and iconic green mountains beginning to take shape. As with the Wizarding World of Harry Potter lands that have come to Universal theme parks around the world, we anticipate this land to be nearly identical to its Universal Studios Japan theme park — but it could be missing one attraction.

The Mario Kart attraction is highly anticipated and will likely appear in each Super Nintendo World expansion, much like Harry Potter and the Forbidden Journey does inside the Wizarding World of Harry Potter.

Are you excited to visit Super Nintendo World at Universal Studios Hollywood when it opens in the near future? Let us know your thoughts in the comments.

We can help you book the perfect Universal vacation — click here for more information.