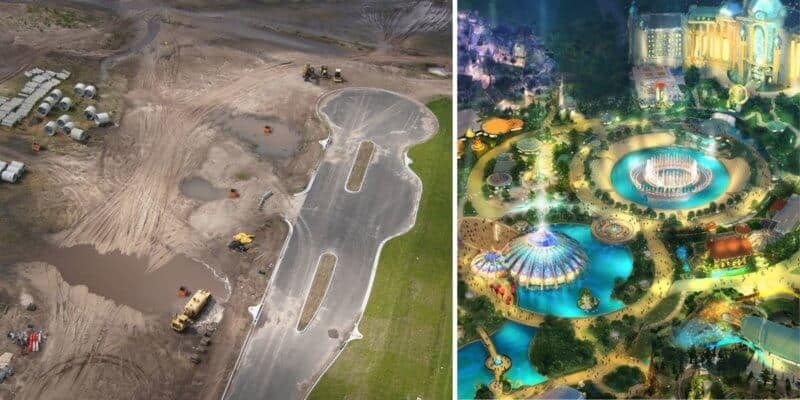 When a theme park in Orlando adds a new land or attraction, Guests are often ecstatic to see a new addition to any theme park. With Universal Orlando Resort adding an entirely new theme park to their Resort, many fans cannot wait to visit.

Epic Universe has been through some tough times, due to the pandemic. At a point in time, Universal’s timeline on when Epic Universe would be complete seemed to be up in the air, as Universal could only note that it would be built “at some point.”

Recently, we heard construction would resume with a potential 2025 opening for the park, which was fantastic news for all Universal fans. At first, construction seemed to be at a standstill, but now we are starting to see some noticeable progression. Although Epic Universe is not being built on the same property as Universal Studios Florida and Islands of Adventure, the location close to ICON Park is still visible from the rooftop deck of Aventura, one of Universal’s Resorts.

Bioreconstruct (@bioreconstruct) recently took a great aerial shot of the theme park, where we can see that ground has been cleared for construction, with added equipment on site.

In past updates, we saw the land with a lot more greenery than dirt which shows that the Epic Universe team is moving forward in terms of possibly going vertical with their first attraction.

We recently reported that tracks for an attraction were on the construction site, which could likely be the first attraction Epic Universe begins to build. At the moment, we are unsure as to what ride it will be. In terms of possibilities, Universal has been quite hushed about what lands will fill the theme park. Still, we know that Super Nintendo World has been confirmed as a land, and Universal is looking to incorporate many DreamWorks IPs.

It is also possible that this track could be used in either Universal’s Islands of Adventure or Universal Studios Florida and it is simply being staged at the Epic Universe construction site. Similarly to how the track for VelociCoaster was once staged there.

Stay tuned to Inside the Magic as we continue to follow all of the Epic Universe construction!

What lands do you think will encompass Epic Universe? Let us know in the comments below.