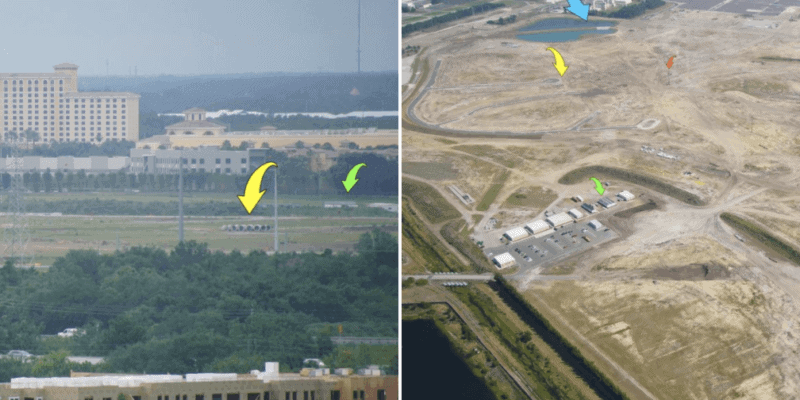 Epic Universe has been through some choppy waters due to the ongoing pandemic. The new theme park project which was meant to be ready around 2023, stopped construction completely when the pandemic hit, and Universal put a pause on the park indefinitely. As time went on, Universal mentioned that the Epic Universe would be built “at some point,” but a secure completion year went out the window.

Now, things have taken a turn in a much better direction! Universal announced that Epic Universe was once again an active construction site and that building had once again resumed. Mayor Jerry Demings announced that the park would be ready by 2025, slightly delayed from the original release year, but not by much.

Considering Universal has proven to build at rapid speeds after creating the spectacular attraction VelociCoaster in months, we will likely start to see fast movement on the Epic Universe construction site. That being said, Epic Universe is not on the Universal Orlando Resort property with Universal Studios Florida and Island’s of Adventure — it is located behind ICON Park.

Now that Universal has reopened Aventura Hotel, however, the rooftop bar can provide sweeping views of Epic Universe, even though it is around a 10-15 minute drive from the property. Biorecontruct (@Bioreconstruct) took to Twitter to show off the view.

Current view of Universal’s Epic Universe from top floor of Aventura Hotel, and aerial overview on May 28.

Blue arrow in aerial is approximate viewpoint from Aventura. Other arrows match by color between the photos.

Current view of Universal's Epic Universe from top floor of Aventura Hotel, and aerial overview on May 28.

Blue arrow in aerial is approximate viewpoint from Aventura. Other arrows match by color between the photos. pic.twitter.com/CwqS1WT0wm

Although there is not too much to see right now, it will be exciting to watch the park develop from a Universal Resort while sipping on a cocktail!

Would you visit the Aventura Hotel rooftop to check out the progress of Epic Universe?