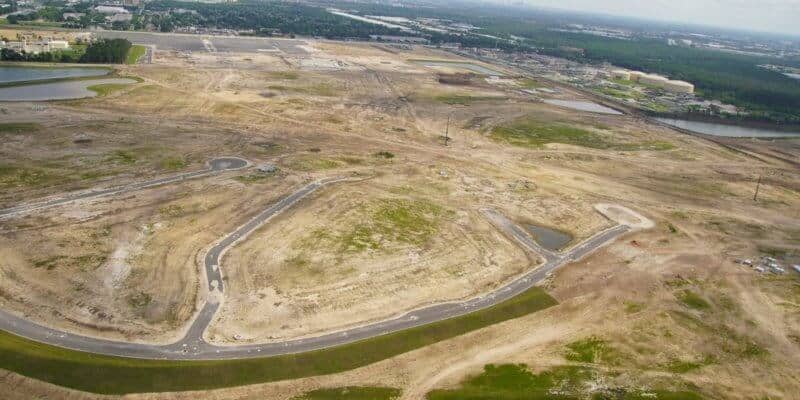 Universal’s Epic Universe has had a rocky start, but now, it seems that things are slowly beginning to move in the direction that the theme park was slated to move in over a year ago.

Epic Universe will be the third gate (or fourth gate, if you count Volcano Bay) to Universal Orlando Resort, joining Universal Studios Florida and Universal’s Islands of Adventure. The theme park is set to be comprised of multiple lands, including the confirmed Super Nintendo World that we have seen in Universal Studios Japan, as well as its own shopping and eatery center much like CityWalk, as well as resorts for Guests.

Located behind ICON park, Epic Universe will be a short drive from the other Universal theme parks but is a very exciting addition, nevertheless. When the park was announced in 2019, and 2023 competition date was discussed. The COVID-19 pandemic ended up halting construction on the park indefinitely, and many fans were unsure where Universal stood in terms of continuing construction.

Lucky for us Universal fans, we recently received notice that construction was picking up and that Epic Universe would be ready in 2025.

When the park was at a standstill, we reported that the construction zone looked abandoned. Now, thanks to Bioreconstruct (@bioreconstruct) on Twitter we have an updated aerial shot of the theme park.

Related: Universal Raises Prime Parking to $50, But Is It Worth It?

Interestingly enough, the land now looks even more empty than before as there were previously a lot more construction vehicles on site, which is interesting, considering that now, as the theme park is on a tight four-year timeline, we see no active work being done. We can see, however, more grass has started to grow, and roadways are seemingly being carved out around the land.

From the looks of this photo, it seems that Universal has plenty of hard work ahead of them to ensure that the park is ready to open in the upcoming years. But, seeing how quickly Universal was able to create Jurassic World VelociCoaster, anything can happen!

The biggest speculation and question on the mind of Universal fans is what IPs will Universal use to fill the lands with this park. Epic Universe is to be comprised of various lands that all make up one larger park, or, an epic universe. The rumored lands are: How to Train Your Dragon, Fantastic Beasts, Universal Monsters, and the now-confirmed Super Nintendo World.

Do you think Epic Universe will be ready in 2025?