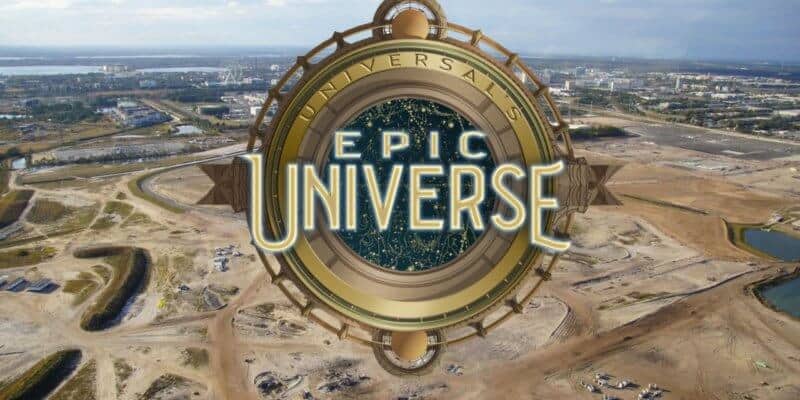 Universal Orlando Resort is currently comprised of two jaw-dropping theme parks: Universal Studios and Universal’s Islands of Adventure, as well as its waterpark, Volcano Bay. In August 2019, Universal announced what would be its official third gate theme park, Epic Universe. That being said, the progress of the theme park is not going as planned.

In our last update, the Epic Universe construction site was looking quite abandoned, and now we can see that not much has progressed.

Bioreconstruct (@bioreconstruct) posted an aerial view of the Epic Universe construction to Twitter and it seems like no work is being done. On a positive note, it does seem that the land has been fully cleared to have constriction begin.

Below is another overview of the land, looking just as barren as the first.

Epic Universe will also not be next to the other Universal Orlando theme parks. The land in the above photo is right behind ICON Park in Orlando, which means that Epic Universal guests will not pass through the CityWalk entrance upon arrival. Although this may end up being slightly inconvenient for park hoppers, the separation does mean that Universal Orlando resort’s current property will not look like it is under prolonged construction.

The biggest speculation and question on the mind of Universal fans is what IPs will Universal use to fill the lands of this park. Epic Universe is to be comprised of various lands that all make up one larger park, or, an epic universe. The rumored lands are: How to Train Your Dragon, Fantastic Beasts, Universal Monsters, and the now-confirmed Super Nintendo World.

If you want a full guide on everything we know about Epic Universe, including everything that has been confirmed, and all of the theories and rumors, click here!

Do you think that Epic Universe will open in 2024? Let us know your thoughts!