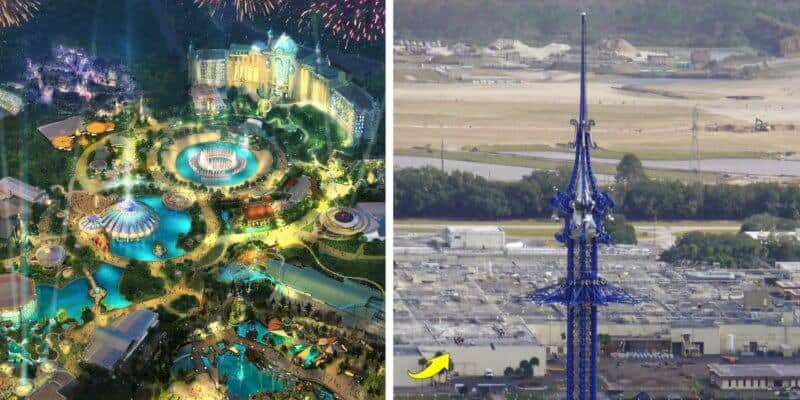 Universal Orlando Resort is a thrilling theme park destination for Orlando locals and visitors boasting two highly immersive theme parks (Universal Studios and Universal’s Islands of Adventure) as well as their water park (Volcano Bay). Recently, Universal announced a third theme park (Epic Universe) will be added to the resort, but things have not been running so smoothly.

It is no surprise that Universal and Disney are in constant competition with each other — as the two biggest theme park resorts in Orlando, finding a way to attract guests to their respective parks is highly lucrative. Considering Disney World is much larger with more theme park offerings, the announcement that Universal would be opening a third park had guests excited to visit.

However, due to the ongoing pandemic, Epic Universe has had to take a back seat, and construction was put on pause indefinitely. Jeff Shell, NBCUniversal CEO announced that the company would resume construction eventually, but the uncertainty had Universal fans — including this writer — shift focus away from the excitement that came with the original announcement. That being said, Mario creator Shigeru Miyamoto confirmed that Super Nintendo World would be coming to Universal Orlando Resort, which in turn means that Epic Universe is still on the table. But at the moment, things are still looking quite abandoned over at Epic Universe.

Bioreconstruct (@bioreconstruct) recently posted a photo to Twitter to share the Epic Universe construction site, and as you can see below, not much work has been done or is actively in progress.

This is likely because Epic Universe is still on pause, even though we know Universal does plan to continue to project. Seeing the photo does show guests that there is a lot more work that must be put into the new park before it opens, and in combination with the indefinite pause, we will likely not walk through the gates of Epic Universe for several years to come.

It is also interesting to see this aerial view of where the park will eventually live because of its location. At Universal Orlando Resort, both Universal Studios and Universal’s Islands of Adventure are right next to each other within walking distance — not too different than the California Disney Parks, Disneyland and Disney California Adventure. The close proximity of Universal Studios and Islands of Adventure incentivizes many guests to purchase a multi-park ticket so they can explore both parks in one day. Even at the Wizarding World of Harry Potter, the Hogwarts Express is able to transport guests between both parks through the attraction.

But in the future, after it opens, Epic Universe will be based next to ICON park in Orlando, which means there will need to be active transport between the parks in order to visit multiple in one day, and Guests won’t be able to walk to this third theme park from the other two.

Stay tuned to Inside the Magic as we continue to report on all things Epic Universe!