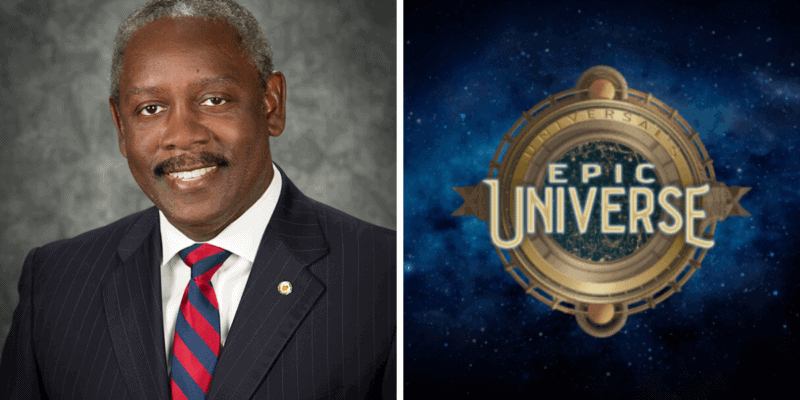 Universal will get some more help from Orange County in completing its new theme park, Epic Universe. While we reported this morning that it was unclear whether or not the county would grant Universal the funding, we have since updated our article to share that Universal Orlando Resort will, in fact, receive around $5 million to complete Epic Universe.

While Universal Orlando Resort reopened Universal Studios Florida, Islands of Adventure, Volcano Bay, and CityWalk, the extended closure caused by the global pandemic resulted in the resort putting construction of Epic Universe on indefinite hold until the economy bounces back.

But now, it appears that they will be able to resume construction with some help from Orange County.

According to the Orlando Sentinel, it was announced that Orange County Mayor Jerry Demings and county commissioners will vote Tuesday, July 7, 2020, to decide whether or not they should spend up to $5 million more to help Universal Orlando build another new theme park

They are also set to consider “waiving up to $10 million worth of building fees over the next six months to help residential and commercial construction.”

Orange County commissioners approve deal to give Universal Orlando up to $5 million in credits toward the cost of relocating an old pipeline that currently runs through the site of the upcoming Epic Universe theme park. pic.twitter.com/Se4sjcccMT

The Sentinel reported that Orange County’s proposed deal with Universal would provide $5 million in the form of credits against future utility connection charges the resort is expected to accumulate for relocating and replacing an existing wastewater pipeline which is now 35 years old, a move necessary for the completion of Epic Universe. But county commissioners have already agreed to provide Universal with up to $125 million to help pay for a new road through the property.

The signed deal will now provide Universal with a total of $5,022,440.72, covering 40% of the relocated force main costs incurred.

Some Orange County officials see this investment as being in the public interest.

As for the pipeline project, Universal clarifies that the $5 million credit will also only cover a fraction of the cost.

“We will spend between $13 million and $14 million to provide the materials and do the work and receive $5 million in future impact fee credits,” said Universal spokesman Tom Schroder. “This is frequently how the county gets developers to help replace aging infrastructure.”

Do you think Orange County should be helping Universal finish its theme park? Why or why not? Let us know in the comments!