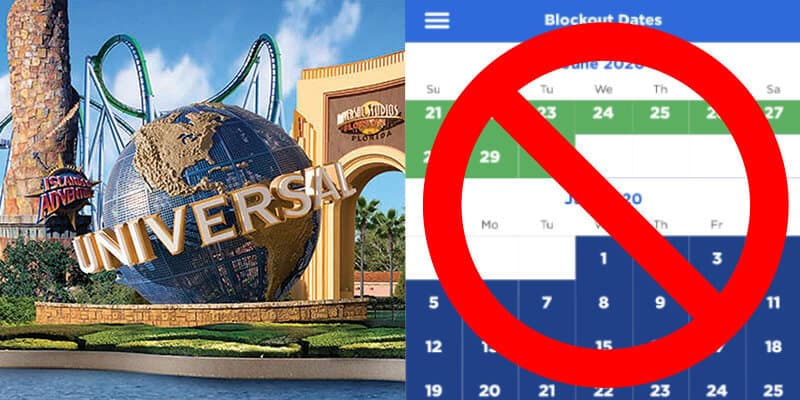 This exciting news comes via the official Universal Orlando website, which shows the lifted blackout dates the company is now making available to pass holders.

Typically, the 2-Park Power and Seasonal Annual Passes see blackout dates at both Universal Studios Florida and Islands of Adventure for select periods of the summer. As seen below, the Power pass would have seen blackouts from April 3-18 and the Seasonal would have seen blackouts for July 1-31. However, it seems the theme park resort is now making these dates available.

We can only assume Universal has chosen to make these dates available to guests given the resort’s two and a half month closure following the recent pandemic. Following the closure of the Universal parks, the company had temporarily halted the monthly payments of annual passes in addition to extending the expiration dates of passes to accommodate for all the days the parks were closed.

As for the 3-Park seasonal passes, Universal is also partially lifting blackout dates for select passes on different dates depending on the pass.

Currently, for the 3-Park Seasonal Pass, Universal will be lifting its blackout of June 12-30 and August 1-16. It’s worth noting this pass will still see blackouts for April 3-18 and July 1-31.

The 3-Park Preferred Annual Pass will see a lift of its August 1-16 blackout but will maintain its July 1-31 blackout before 4 p.m.

What are your thoughts on Universal Orlando lifting its summer blackout dates on select annual passes? Let us know in the comments!