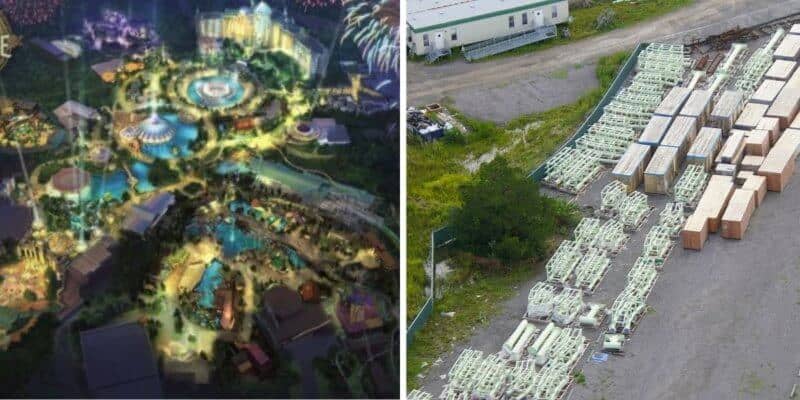 Universal Orlando Resort has really put its name on the map in recent years as a must-do theme park when visiting the Orlando area. With intricate lands, such as The Wizarding World of Harry Potter, to insane thrill attractions, like Jurassic World VelociCoaster, Universal has something for everyone.

In 2019, Universal shocked fans as they announced Universal Studios Florida and Islands of Adventure would gain a third theme park, Epic Universe. Epic Universe is set to feature various IP-based lands and have dining, shopping, and hotels all within the Park property!

Of course, Universal fans were ecstatic about the news, even though the theme park will be located behind ICON Park, which is not within walking distance of the other Universal Orlando theme parks and the Volcano Bay water park.

However, once the pandemic hit, construction plans took a turn.

Epic Universe was at an indefinite standstill, and Guests were unsure of what fate the theme park would face. Recently, Universal announced that the Park would resume construction, and it was noted that a 2025 opening goal was in reach.

Since then, construction on the park has not seemed to progress as quickly as we have seen Universal move in the past, but now, we have ride tracks on property! Bioreconstruct (@bioreconstruct) took to Twitter to post a photo of multiple crates of ride tracks staged on the theme park property, which means that Universal is getting ready to begin building the theme park’s first attraction!

At the moment, the only confirmed land is Super Nintendo World; however, Universal has also noted that the theme park will house a significant amount of DreamWorks IP. With How to Train Your Dragon being a popular rumor for an attraction and land within the Park, that confirmation helped to continue to give the rumor some validity.

Universal, however, has not yet confirmed any details about this rumor.

Inside the Magic will continue to update all readers on everything Epic Universe as construction continues.

What kind of attraction do you think Epic Universe is gearing up to create?