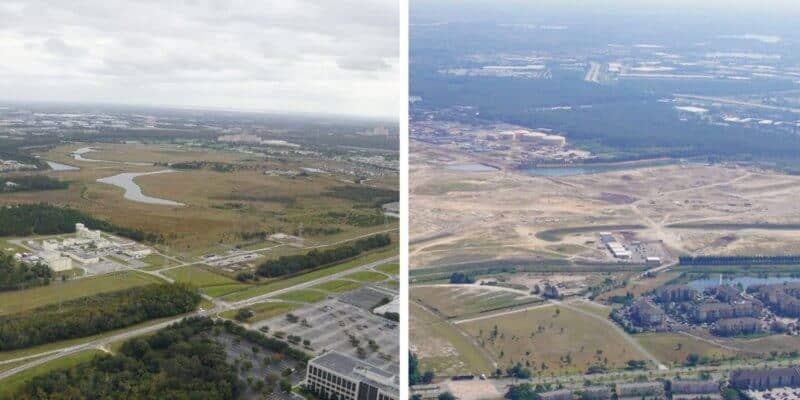 Universal is gearing up to have a third theme park enter the ring at Universal Orlando Resort.

Epic Universe construction has resumed after undergoing a halt due to the pandemic. That being said, let’s see how much work has been done on the theme park so far.

When the park was announced in 2019, the completion date for the project was estimated to take around four years so that the park could debut in 2023. That being said, once the pandemic hit, many things changed. Construction came to a full stop and Universal was no longer confident on a completion date, noting that the theme park would be ready “at some point”.

Now, as the pandemic is on its way to find a resolution with vaccination rollouts, Epic Universe has resumed construction! Originally, when the news was announced, we heard Mayor Jerry Demings say that the park would be ready in 2025; however, as of late, it seems Universal is not as confident in that four-year timeline as they once were. Let’s see why.

On Twitter, Bioreconstruct (@Bioreconstruct) posted a Tweet with aerial comparison photos of the land used from 2016 to 2021.

If we take a look at the curved body of water in each photo, we can see all of the work that has been done in the area. Although there has been no progress in terms of anything going vertical, the land has been cleared to make way for construction.

Considering the land is still just a blank canvas, it is understandable why Universal may not want to pigeonhole themselves into a completion year, as they still have a lot of work to do to complete the theme park.

The biggest speculation and question on the mind of Universal fans is what IPs will Universal use to fill the lands of this park. Epic Universe comprises various lands that all make up one larger park or an epic universe. The rumored lands are: How to Train Your Dragon, Fantastic Beasts, Universal Monsters, and the now-confirmed Super Nintendo World.

Stay tuned for more Epic Universe news on Inside the Magic!

When do you think Epic Universe will be ready? Let us know in the comments below!