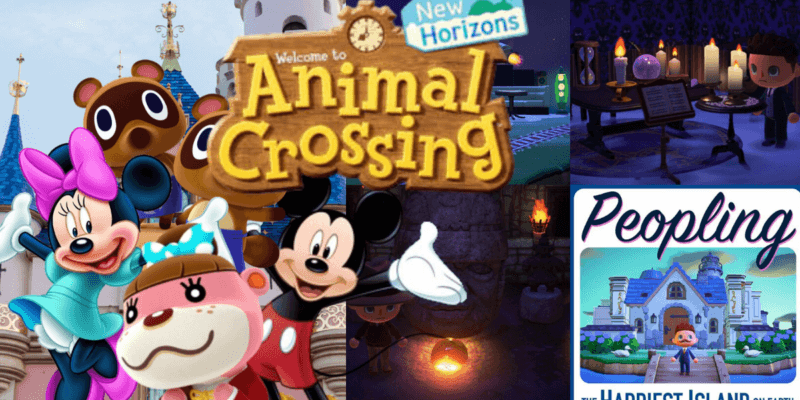 We’ve already shared the work of some awesome Animal Crossing players who re-made their favorite Disney park and even an entire Haunted Mansion attraction within Nintendo’s deserted island game.

Reddit user u/RobFendler has made his own version of a Disney theme park that perfectly captures that Disney magic.

Fan makes their own Disney park with a new horizon

We love what this Reddit user has done with their island. Any Disney fan will be able to spot the Disneyland mainstays like the Haunted Mansion ride and Tomorrowland.

Jungle Cruise and Indiana Jones also get some awesome representation, and they both look super cute in video game form.

The creator has even made a little Walt presiding over his own happiest place on Earth: Peopling!

Rob has gone to great lengths to recreate Disneyland as accurately as possible. We’ve love to see them expand and turn Peopling into an entire Magic Kingdom! Now all we need is a pirate costume and a castle themed attraction to really turn this Animal Crossing island into a Disney wonderland.

The Animal Crossing series is perfect match for Disney

It seems that every item, theme, and outfit in Animal Crossing is a perfect matched for all things Disney. You can now even make your character look like Disney, Marvel, and Harry Potter characters.

Animal Crossing New Horizons has a seemingly endless list of costumes and accessories. Nintendo has even released a Star Wars costume, so you can look like Rey and Obi-Wan as well as Minnie Mouse.

If you have an Animal Crossing island that is Disney, Pixar, Marvel, or Star Wars themed, get in touch with us!

Comments Off on Another Fan Recreates Disneyland in Animal Crossing