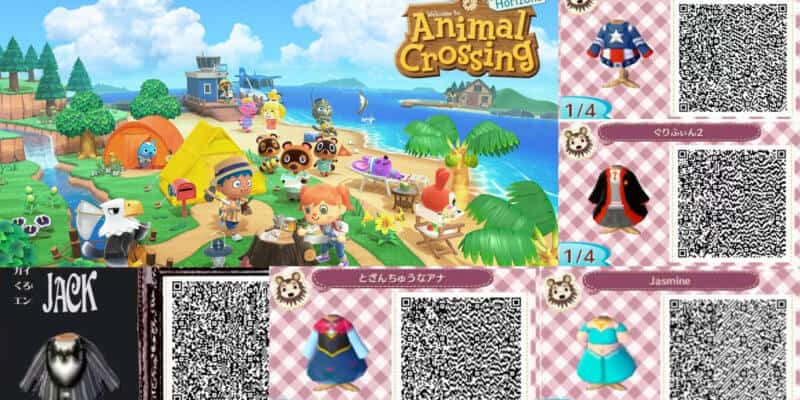 For all the Disney fans out there who recently started playing “Animal Crossing: New Horizons” and are looking to add a little magic to their Villagers–look no further. Nerd Attack recently shared a new video featuring over 500 Animal Crossing QR codes for custom clothing and decorations, with a LARGE sum designed after your favorite Disney, Pixar, Marvel, and Harry Potter characters!

Of course, of the many codes featured in the video, our most favorites have to be those themed after Disney characters! Some of which, including Elsa and Anna (“Frozen”), Kim Possible and Ron Stoppable, Lilo (“Lilo & Stitch”), Jack Skellington (“Tim Burton’s The Nightmare Before Christmas”), Queen of Hearts (Disney’s Alice in Wonderland”), and Vanellope von Schweetz (“Wreck-It Ralph”), in addition to many more!

Check out the full list in the video below!

TIP: To quickly scroll the many QR codes offered in the video, be sure to check out the video’s description section. There you can locate many of the themed Disney character codes by name alphabetically and their corresponding timestamps within the video. Not fit in the description. However, more can be found in the video’s comment section.

Here’s how to use QR codes in the game, via the Animal Crossing subreddit’s instructions:

Codes for other intellectual properties of themed clothing and furniture offered in the video include ACE Attorney, Zelda, Fallout, Final Fantasy and more.