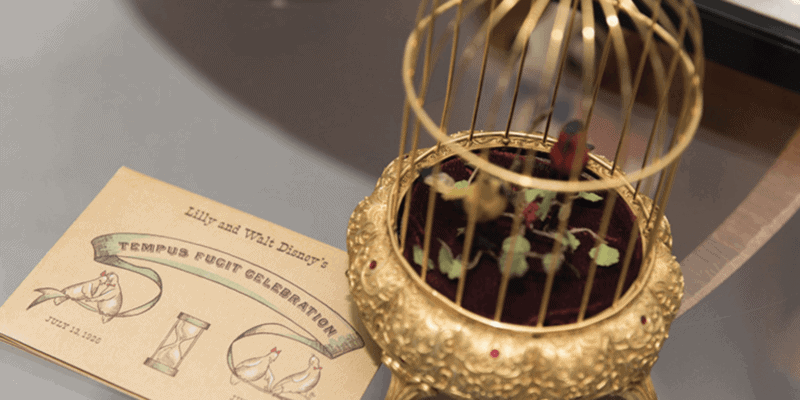 When Disney Parks around the world were forced to close amid the COVID-19 pandemic, fans struggled through life without the magic that only the Parks can provide. Now, all six theme parks — Walt Disney World Resort, Disneyland Resort, Tokyo Disney Resort, Disneyland Paris, Hong Kong Disneyland, and Shanghai Disneyland — have begun their phased reopening processes.

And, for Disneyland Resort fans, a visit to Disneyland Park’s Frontierland area just got yummier! The popular The Golden Horseshoe restaurant has officially reopened to Guests, as confirmed on the quick service establishment’s official webpage [below].

Guests can also order dessert and various beverages at The Golden Horseshoe.

D23 shared an anecdote from the evening, as told by Walt and Lilly’s daughter, the late Diane Disney Miller:

“He just stood there and beamed,” Walt’s daughter, Diane remembered, as quoted in Bob Thomas’ Walt Disney: An American Original. “Then everybody applauded and said, ‘Lilly! Lilly! We want Lilly!’ So mother got up on stage, figuring, ‘If I get up there, I can get Walt down.’ Well, that wasn’t the case. So mother dragged Sharon and me up on stage.” The band started to play, and guests began to dance in the Saloon. “He was loving every minute of it, just grinning at people.”

More on The Golden Horseshoe

Relive the golden era of Disneyland Park at this old-timey saloon that’s been here since the very beginning. Enjoy a spirited lunch or dinner over a roundup of frontier-style chow, including pepper jack chili mac, loaded potato skins and chicken wings. Tiny trailblazers can tuck into the chicken slider meal or Kid’s Power Pack, a bounty of healthy snacks.

Ice cream float fans can sip on frosty Golden Horseshoe fabulosity, made with a choice of cola or root beer—yeehaw!

Are you glad The Golden Horseshoe has reopened at Disneyland?