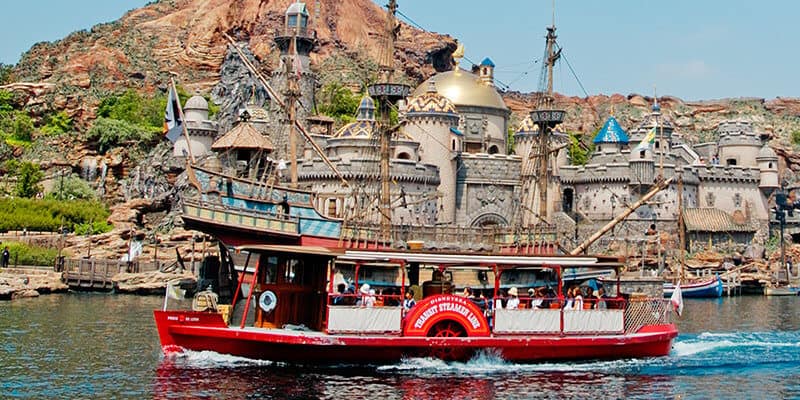 Two men have been arrested for breaking into the backyard of Tokyo DisneySea — a location only employees can enter.

According to the report by Nippon Television Network News24, the two men — a 40-year-old man and a teenager — got into the backstage area of Tokyo DisneySea as they “wanted to see something unusual”.

The report stated that the two men are believed to have met on the internet prior to trespassing on Tokyo DisneySea property. The employee, who felt these men were suspicious, immediately contacted police.

The full Nippon Television Network News24 report, which was written in Japanese and translated to English, reads:

Two men were arrested for breaking into the backyard, which only Tokyo DisneySea employees can enter, without permission.

According to police, a man about 40 years old and a teenage boy are suspected of breaking into the backyard, which only Tokyo DisneySea employees can enter, on the 21st of this month.

The two are believe to have met on the Internet, and an Oriental Land staff member who was suspicious of being in the backyard found them and reported them to the police. In addition, when I examined my belongings, I found that I had a forged Oriental Land employee ID card, and it is believed that I used this employee ID card to break into the premises.

The two admitted to the investigation that they wanted to see something unusual.

This is not the first time someone trespassed at Tokyo Disney as last April, a teenager was arrested for trespassing at Tokyo’s shopping and dining district.

At this time, Tokyo Disney Resort and its theme parks are currently open and operating with safety protocols put in place to keep both Guests and Cast Members safe during this unprecedented time.

For the most up-to-date information on operations at Tokyo Disney, visit their official website here. Additionally, Tokyo Disney Resort’s official property rules can be found here.

Comments Off on Two Men Arrested For Trespassing at Tokyo DisneySea