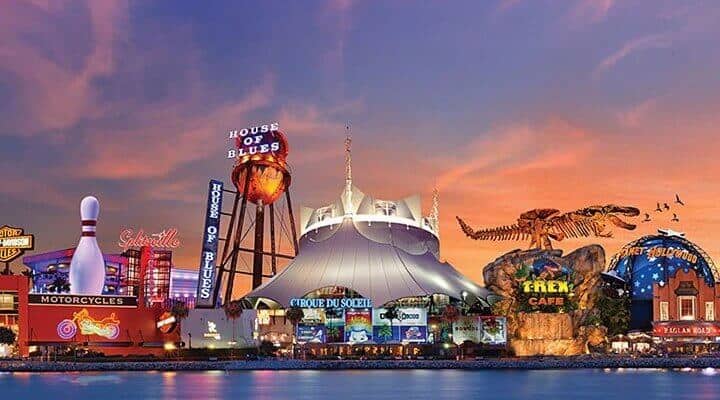 An armed man showed up at one of the parking garages at Disney Springs at Walt Disney World on New Year’s Eve. Still, he was arrested before he could enter the shopping, dining, and entertainment district, according to a recent arrest report.

Hector Manuel Figueroa, a 43-year-old man from the Tampa Bay area, was caught with a 9mm handgun and two magazines with 14 rounds of ammunition near a Disney Springs parking garage on New Year’s Eve, local Florida station Spectrum News reports based on arrest records.

Disney Springs is the highly popular and recently expanded shopping, dining, and entertainment district at Walt Disney World. It is a family-friendly destination for families, kids, teens, and adults alike, whether you’re taking a Disney vacation or a Florida local. It’s also free so that you can visit without a Park ticket. But unlike the Disney theme parks, Guests are not required to go through security before entering Disney Springs. So anyone can visit without going through a bag check or metal detector.

Thankfully, this man was caught near the Orange parking garage exit because a Sheriff’s Office dog sniffed the firearm. A local law enforcement dog trained to sniff out guns and ammo reacted to the man at 8:20 p.m. on December 31. At the time, Orange County Sheriff’s Office law enforcement officers were monitoring pedestrians in the Disney Springs area. Deputies found the handgun tucked into the man’s waistband under his shirt. Figueroa was charged with carrying a concealed firearm (which he does not have a permit to do, even though he applied for one over three months ago), trespassed from all Disney properties, and booked into the Orange County Jail. He was released two days later after posting a $1,000 bond.

Local law enforcement and Disney security officers are on Walt Disney World Report property to keep Disney Guests and visitors as safe as possible. If you see something you are unsure about, or you feel unsafe at any time while visiting Disney World, be sure to report the situation to the nearest Cast Member or security officer. They are there to help.