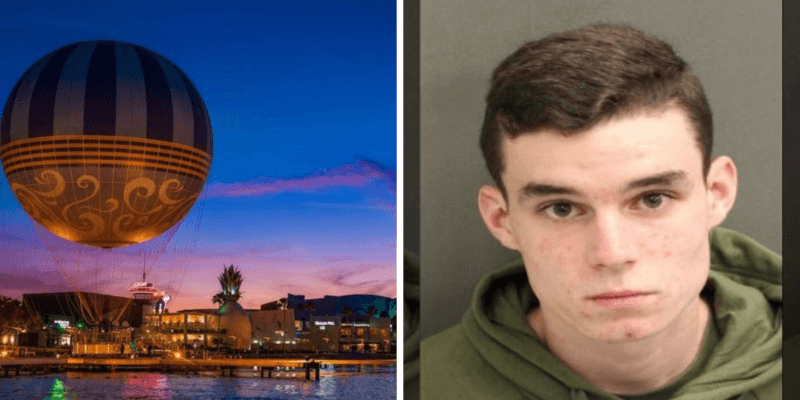 A man with a BB gun was arrested at Disney Springs, the shopping, dining, and entertainment district at Walt Disney World Resort in Florida.

According to a local Fox affiliate, Orange County Sheriff’s department said 18-year-old Nathaniel Smith was arrested at Disney Springs for impersonating a DEA agent and carrying a concealed weapon.

Smith was flagged by security at Disney Springs about possibly having a gun. It was revealed to be a BB gun.

BB guns and weapons of any kind are prohibited on Walt Disney World Resort property. You can view the weapons policy here and the property rules here.

Further details of the arrest report state that Smith told Disney Springs security that he was hired by the Drug Enforcement Administration (DEA) recently as a special agent by the agency’s Atlanta, Georgia division.

When security asked for his badge, and for his supervisor’s phone number, Smith presented a fake badge and said he could not give a phone number. The responding deputy later said he believed to have seen similar badges to what Smith presented being sold on Amazon. Security also discovered a concealed and loaded Glock 19 replica BB gun in Smith’s waistband.

Nathaniel Smith is being charged with impersonating an officer, unlawful display of a badge, and carrying a concealed weapon.

The news of this arrest comes as Disney Springs and the rest of the Walt Disney World Resort is starting to install and implement the new contactless security procedures.

It is unclear at this time if Smith was able to make it past the new contactless screening and entered the shopping and dining center, or if he was stopped and confronted by Disney Springs security at the entrance checkpoint. The details o the local news report do not disclose where in Disney Springs the man was arrested. 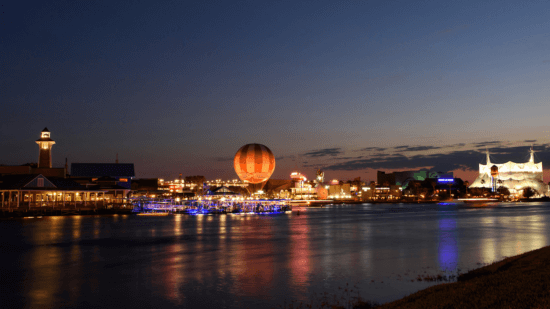 This is only the latest such case of weapons being found on Walt Disney World property. Recently a Guest was arrested for trying to use a diaper sneak in a 9mm handgun into EPCOT, and on a separate occasion, a handgun and an AR-15 were found in the luggage of a Resort Hotel Guest, although no arrests were made at that time.

The Walt Disney World Resort also states clearly on its website, “Guests are not permitted to have firearms, ammunition, knives or weapons of any kind at or in Disney Resort Hotels and Disney Vacation Club Resorts, including in hotel rooms, units, vacation home villas and general public areas within the hotels and resorts.”

Comments Off on Man With Concealed Weapon Arrested at Disney Springs